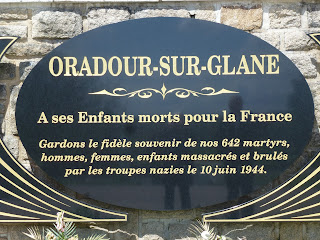 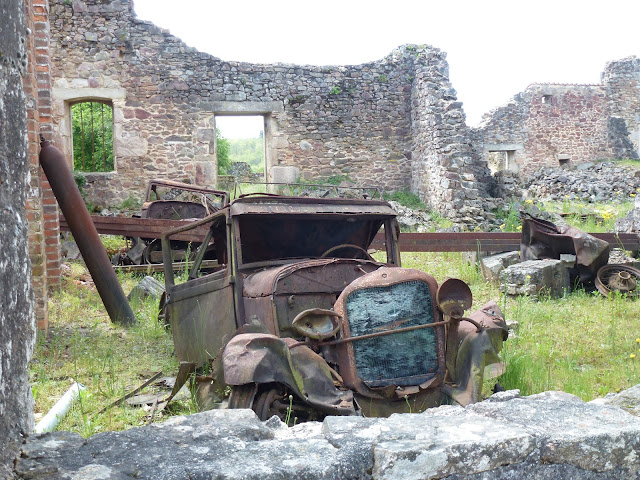 A moment in time preserved as a reminder to future generations of what can happen during war; 642 people, men women and children, were massacred and the village burned on June 10th, 1944.
Posted by Martha at 9:49 AM No comments: 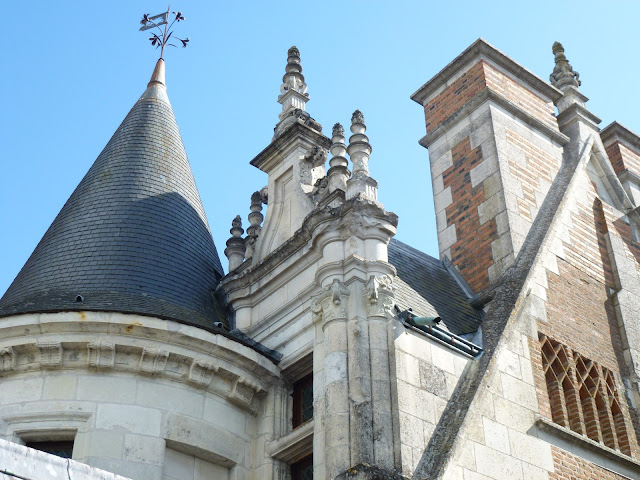 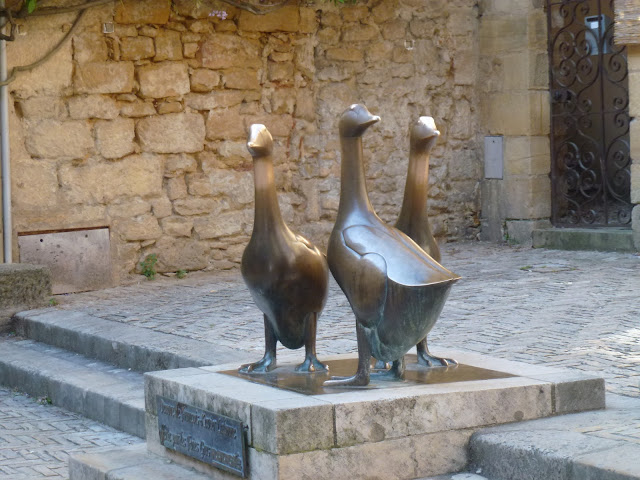 I found this delightful monument to geese in the center of the medieval town of Sarlat-la-Caneda.  Deep in the southwestern corner of France you'll find Sarlat in the Dordogne region where geese are force-fed to plump up their livers for the production of foie gras, a gormet item in many French restaurants around the world.  Except, that is, for California which has recently banned foie gras because of the force feeding.

The town has retained it's medieval charm and almost seems caught in the fourteenth century.  It's a wonderful place to spend a few days while touring the surrounding countryside.  Away from major highways, you'll find the effort to get there rewarded by some truly unique experiences.
Posted by Martha at 12:20 PM No comments:

A View of the Cathedral in Albi 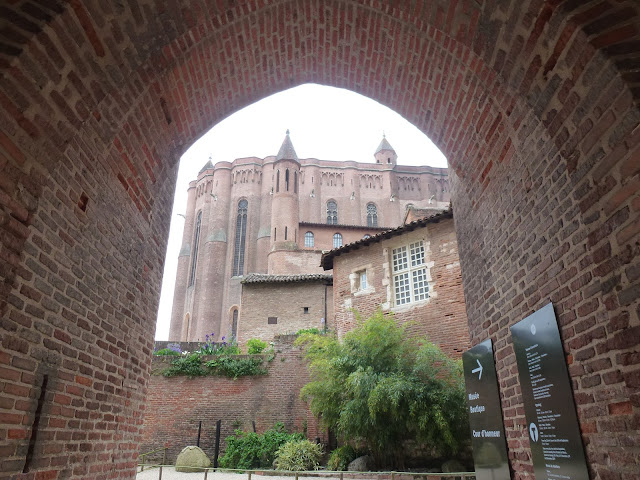 The fortress like Cathedral of Albi...one of the most unusual churches I've seen....it's massive walls are over powering....
Posted by Martha at 7:48 AM No comments: 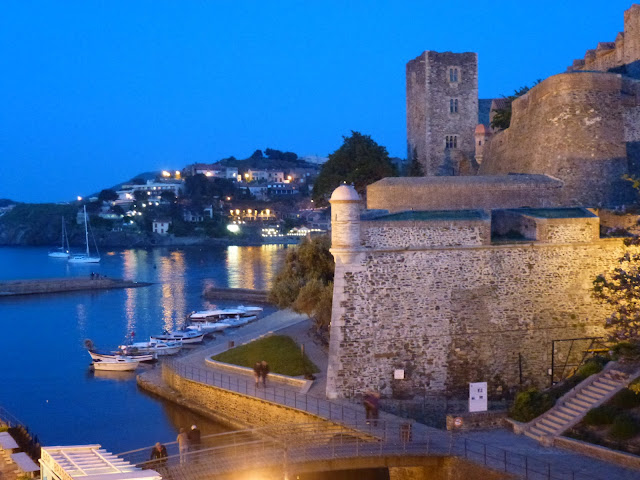 One of my favorite photos of Collioure taken at night during our stay on May 9th, 2012. Located very near the Spanish border; it has many fortifications including the Chateau Royal de Collioure and the Fort Saint-Elme stronghold.  It has been a part of France since it was taken by French troops in 1642.

In the early 20th century Collioure became a favorite of many artists.  Pablo Picasso signed a sketch that hangs over the bar in the hotel where we stayed.  There are over two thousand paintings hanging in that one hotel.  Any artist would be, and still is today, inspired by the medieval streets, the port with a lighthouse and fishing boats. 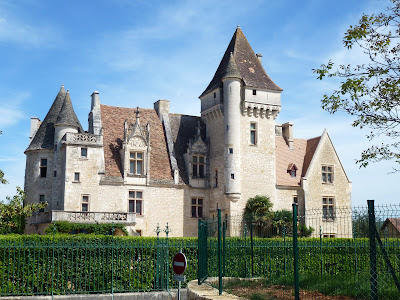 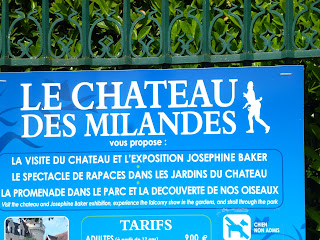 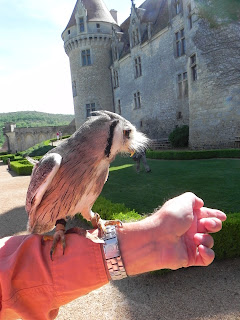 Last Spring we visited Le Chateau Des Milandes in the Dordogne Region.  It was the home of the American singer Josephine Baker from the 1940's until shortly before her death.  It is now a Museum about her life.  She kept many animals here during her life.  They have a bird show for the tourists....our friend Terry was delighted when the owl left the trainer and landed on his arm.  He's a bird lover and this made his day! 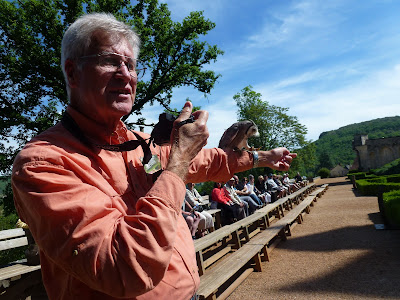 Posted by Martha at 9:59 PM No comments: