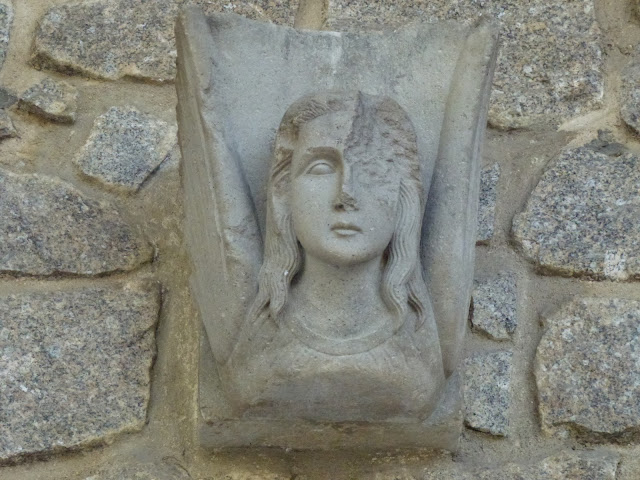 "The Nagasaki Angel"This miraculously salvaged sculpture previously adorned a cathedral in Nagasaki, Japan.  It was destroyed when the bomber B-29 dropped an atomic plutonium bomb on August 9th, 1945.   Called “The Nagasaki Angel”, this fragment was donated to UNESCO in 1976, in Paris, on the occasion of its 30th anniversary. This angel is a symbol of Peace and hope in Humanity's future.  (information from the UNESCO webpage)  (Photo by Martha)

Situated at the head of the Japanese garden, this statue (0.40 m), originally on the facade of from destruction by the explosion of the atomic bomb that was dropped on Nagasaki on August 9, 1945.
A gift from the town of Nagasaki in 1976 for the celebration of UNESCO's 30th anniversary.
Posted by Martha at 8:46 AM