Visiting Cinecitta and the Aqueduct Park

It's Monday morning and since most of the sites in Rome are closed on Monday we headed back out to the end of Metro A for another delightful day.  The weather was cool and we carried our umbrellas but it's now after 4 pm and it hasn't rained all day....yes...we're back in our apartment after walking five miles per the pedometer.  We started our journey at 10 am and arrived home just before 4 pm.  A full day for us old travelers!  We're looking forward to a nice dinner at home and a good game of Hand & Foot this evening. 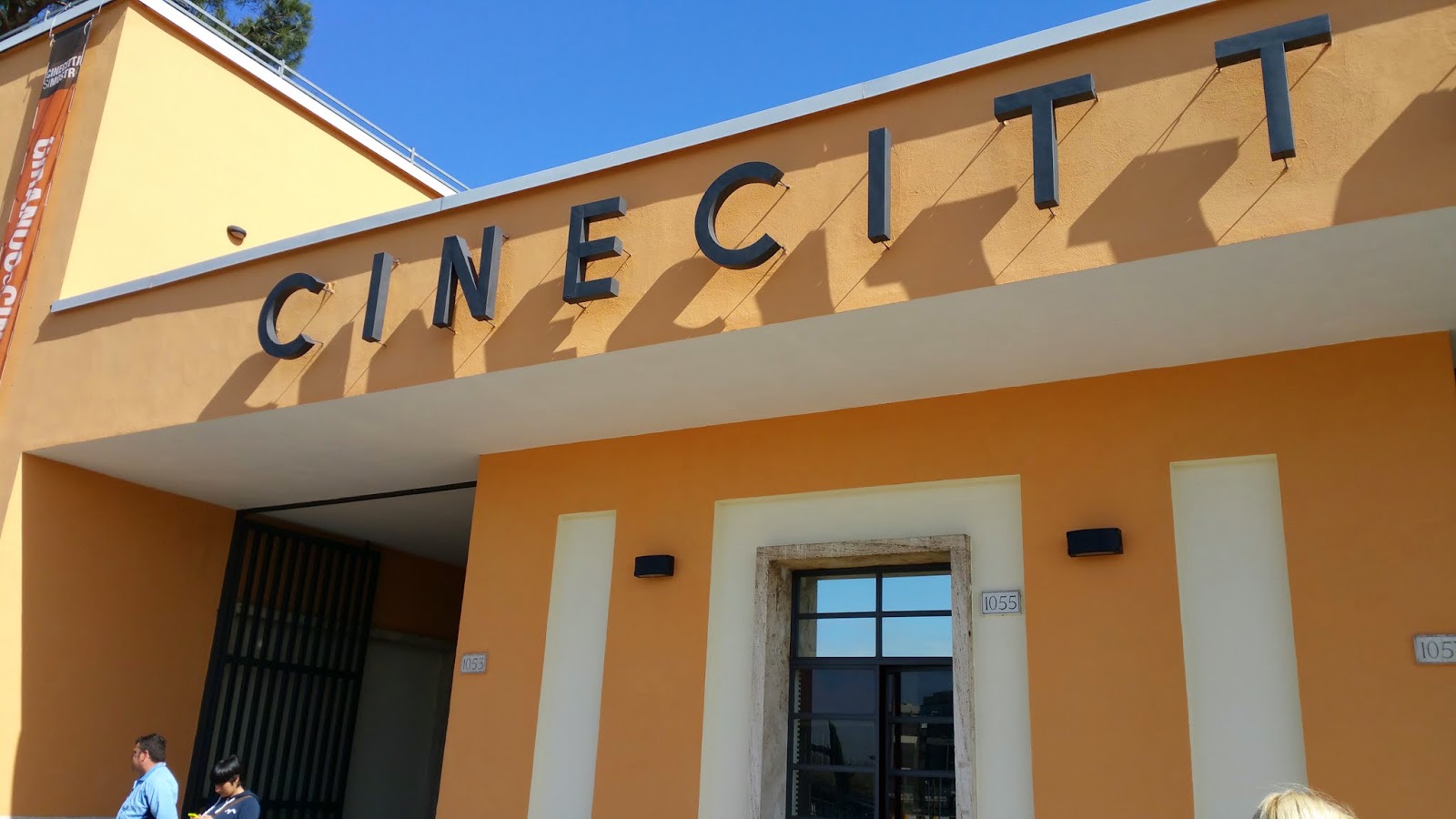 It took just over half an hour to travel to the Cinecitta Metro A stop, the second from the last one, and the stop was right outside the door to the large movie studio by the same name that has existed since  before WW II.  It is now being used for television and commercial in addition to movies; both Italian and foreign including many American productions.

Ben Hur....the remake with Morgan Freeman...is currently in production and since they are using the largest sound stage, Number Five, we could not see inside of it but did walk around 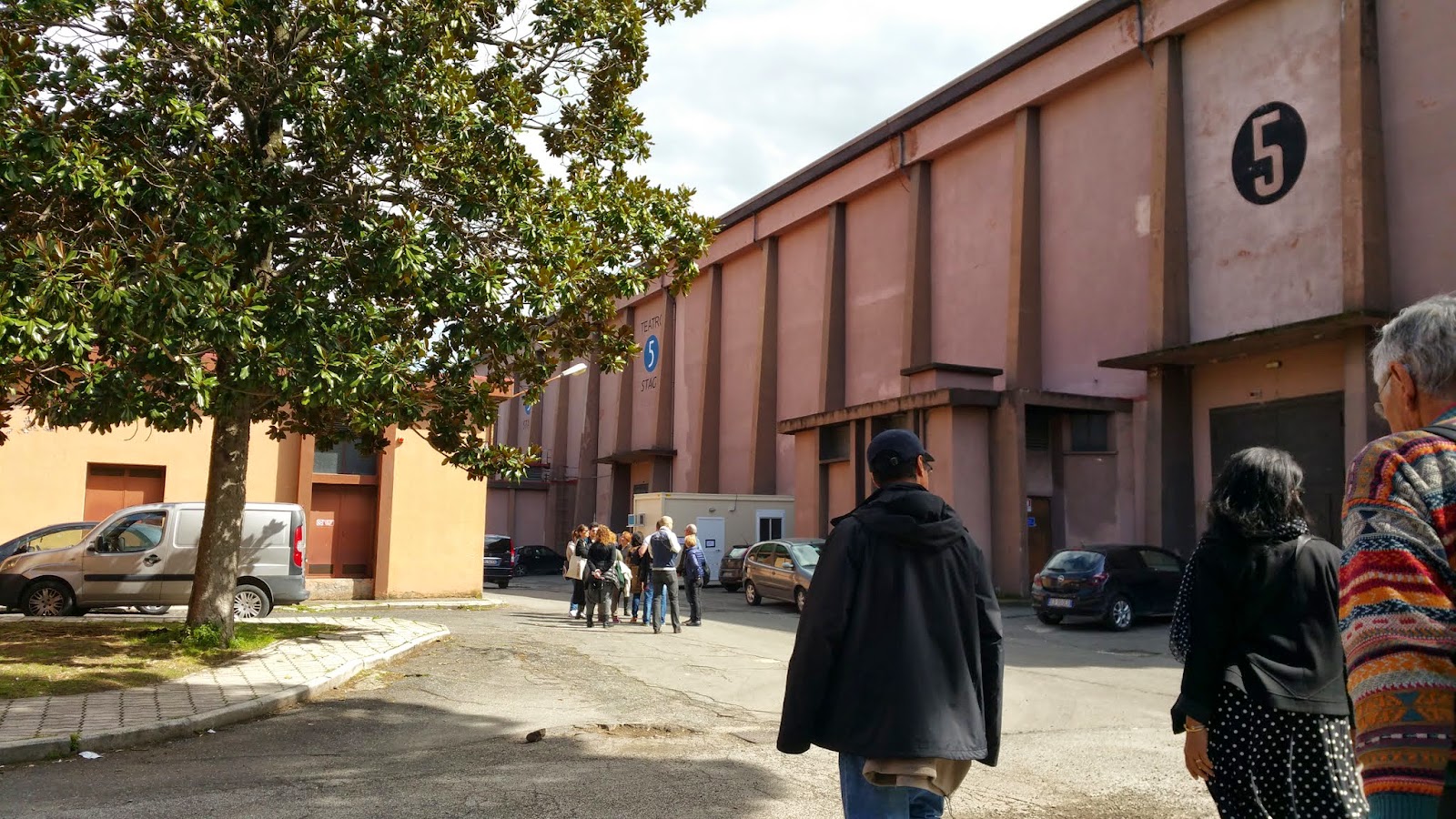 it.  A really large building.   We also got to see the creative arts people..but no photos allowed, making the chariots for the big race scene.   Everything is fiberglass now and stucco...nothing that we saw was real.

Another film that has just finished and is being released soon, Christ The Lord, had some beautiful outdoor sets that we again were not allowed to take photos of.  But the slide show is full of many old sets including ones used in The Gangs of New York.  The large pool used for the harbor scenes was there and a portion in one corner held a container that will be used for Ben Hur.   Because of cg in today's world they didn't need the huge lake and will add in the background after the filming. 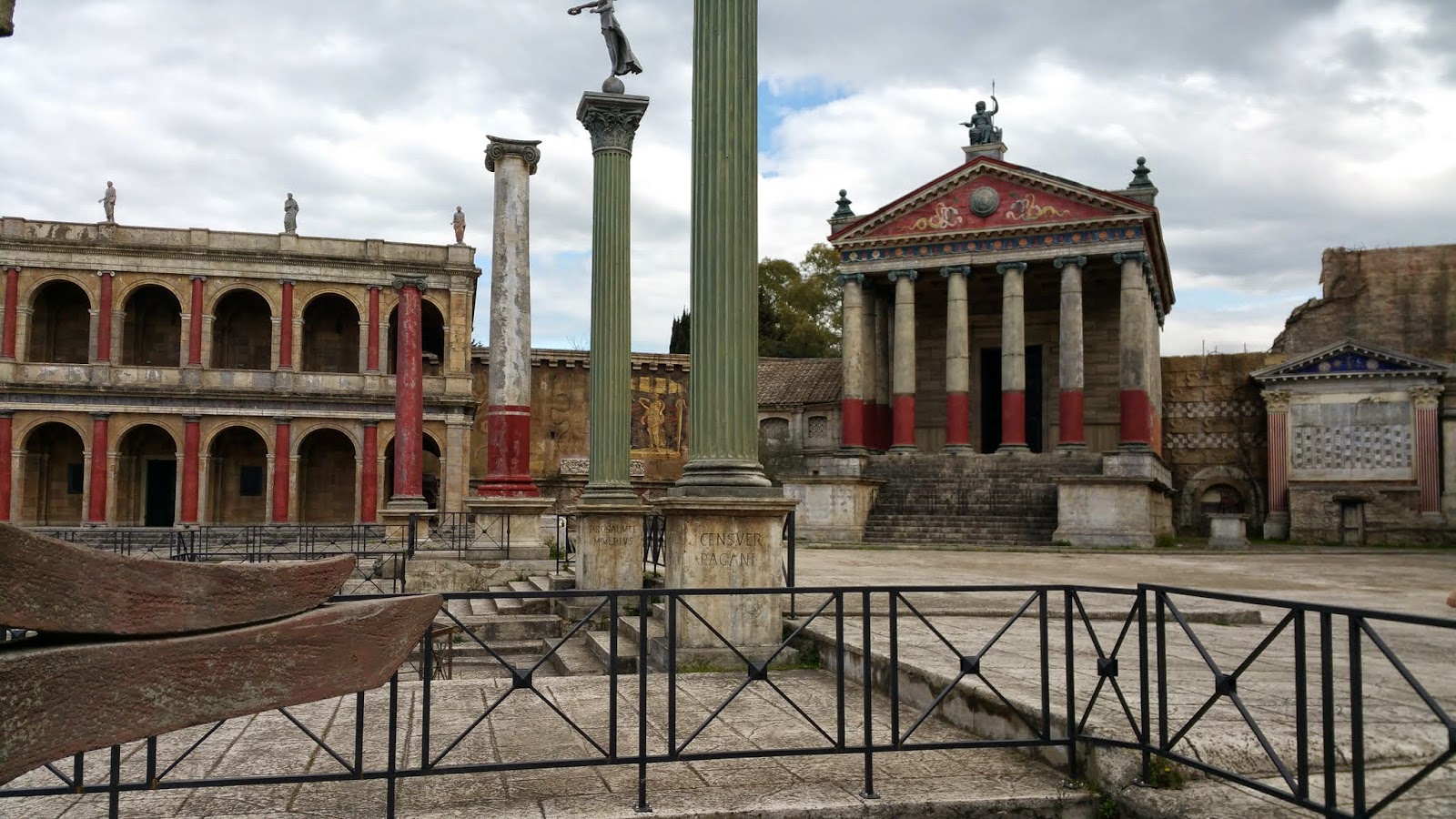 Loved the scenes of Rome and other Italian cities.  We saw the set used for Romeo and Juliet...but the balcony had rotted off!   There was a cathedral that is constantly changed to make it look different, they even used it on a production recently about Assisi.  We had an English Tour for an hour in the back lots and then spent unlimited time in several buildings that gave the historical exhibition over the last eighty years.  We enjoyed the spaghetti westerns stories and of course Federico Fellini was one of their most famous directors.  He used this studio so often for his films that he was allowed to create an apartment in the area of the dressing rooms in Stage Five.  Those are the upstairs windows in my photos.  We were there for over two hours and enjoyed every minute.  Even got a ten percent discount on our tickets because we came out on the Metro. 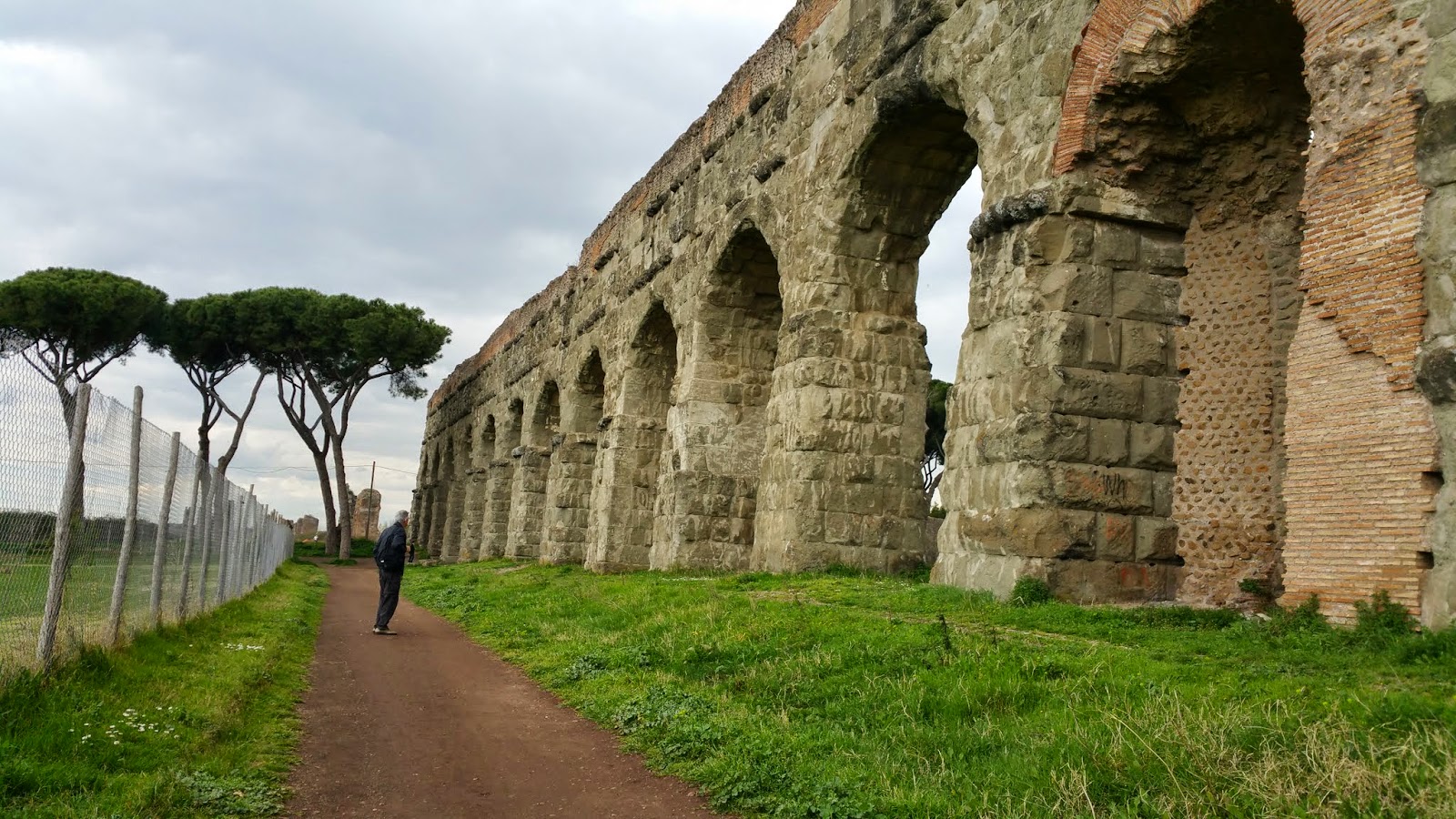 After leaving the studio we climbed aboard the Metro for only one stop.  We left the train at Subaugusta Station; used Google Maps to see where the Aqueduct Park was by showing the map to a lady...it had the Italian spelling...and she told us which way to go.  Soon we could see the ancient aqueduct in the distance.  It was only a ten minute walk from the station.  They have created a long and narrow park that is a favorite with locals for running and biking.  A golf course borders the far side.  Very impressive and worth the walk to and from.  Soon we were back on the Metro and decided to call it a day.   It looked like rain but so far it hasn't happened.  And we may get lucky again tomorrow when we have tickets for the Borghese Museum.

Here is the link to the photos:


Oke thank you pack the info is very helpful for us, success is always...
kain tenun