Today is Tuesday afternoon and due to working with technological issues I'm still trying to post a blog from yesterday.  Sunday was a great day as we took the day off as we planned.  It rained all day but since we'd been to church on Saturday evening, we slept until noon and then ate good food, played cards, worked on computers and in the evening called all seven of our children using Skype International. 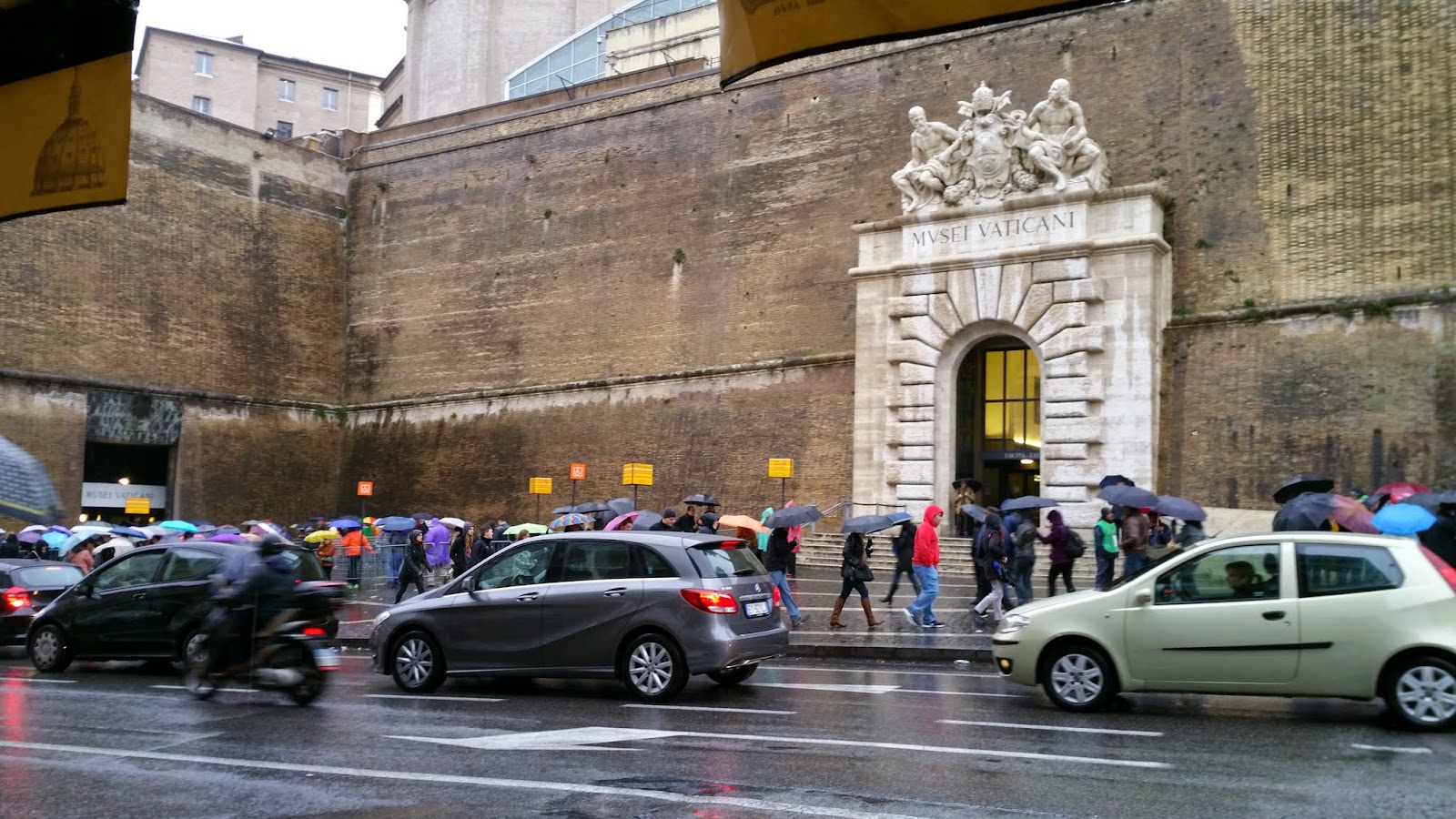 Monday began with an alarm ringing at 7 am.  By 8:15 we were at the door of the Vatican Museum for our 9 am tour.  But, even though it was raining, the guard would not let us enter until 8:30.  We found an awning across the street to stay dry with hundreds of other people huddling under umbrellas.

By 9 am we were with our English speaking Italian guide, tethered with an audio system which made it very easy to hear everything she was saying.  Even though I've toured the gardens twice before there were two areas new to me.   Even in the rain the gardens are beautiful as you will see by the photos.   Especially the Fatima Shrine that has an altar that once was in Fatima.   We also saw the Monestary where Pope Benedict now lives that is located in the center of the gardens.

About 11:30 we entered into the gated area where all of the shops for people living inside of the Vatican are located.  Just past their post office we entered to a newly opened, December 2013, archeological site discovered when they decided to build a new parking lot inside the walls.  It is a cemetery that dates back to the first century, buried by land slides thousands of years ago. 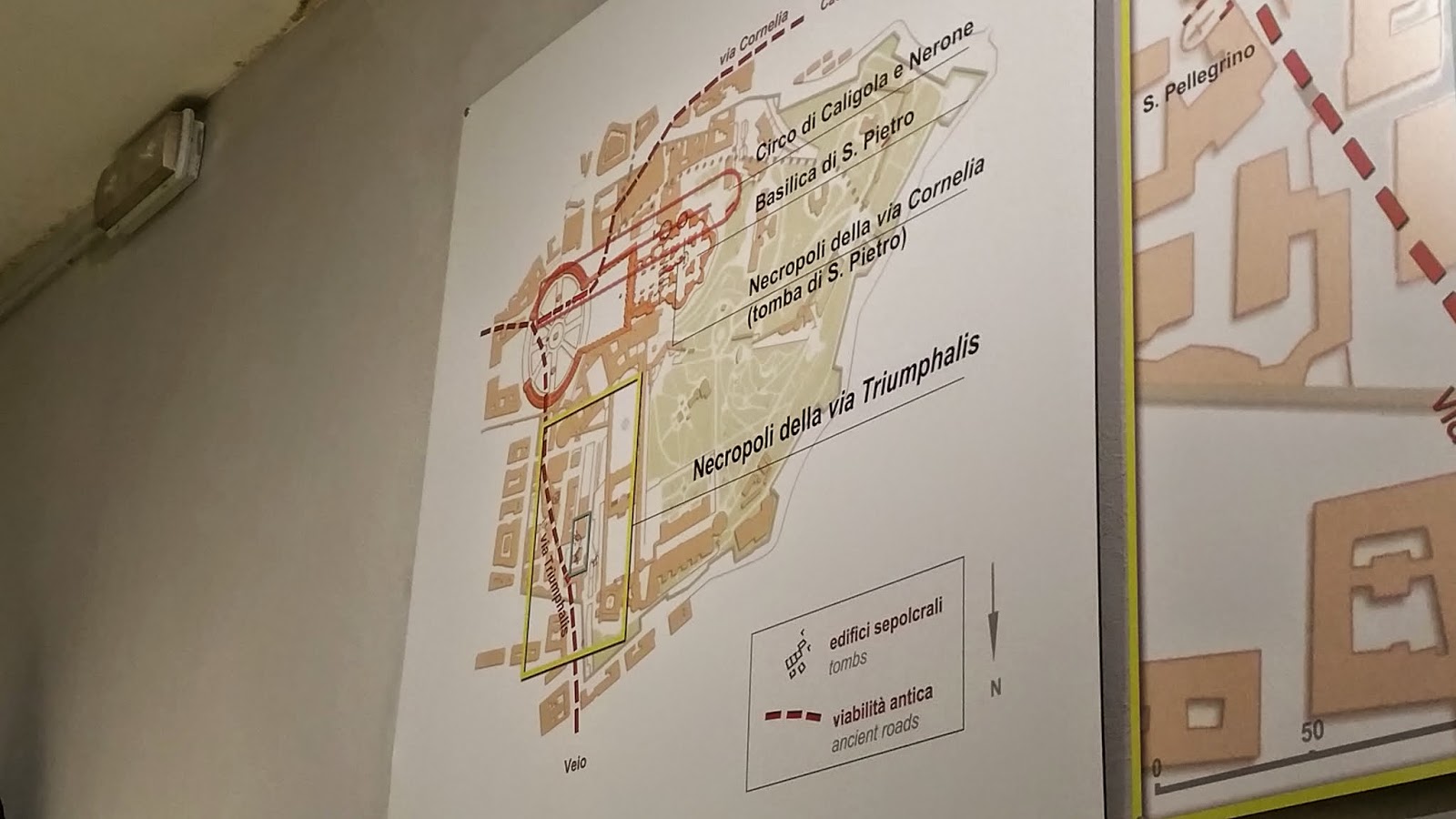 Known as the Necropolis Via Triumphalis, it has been carefully excavated to create a way to display what the burial process was in ancient times.

We spent over an hour touring the site and even had two films during the tour showing us what it looked like in ancient times and the process of salvaging the site as an archeological study. 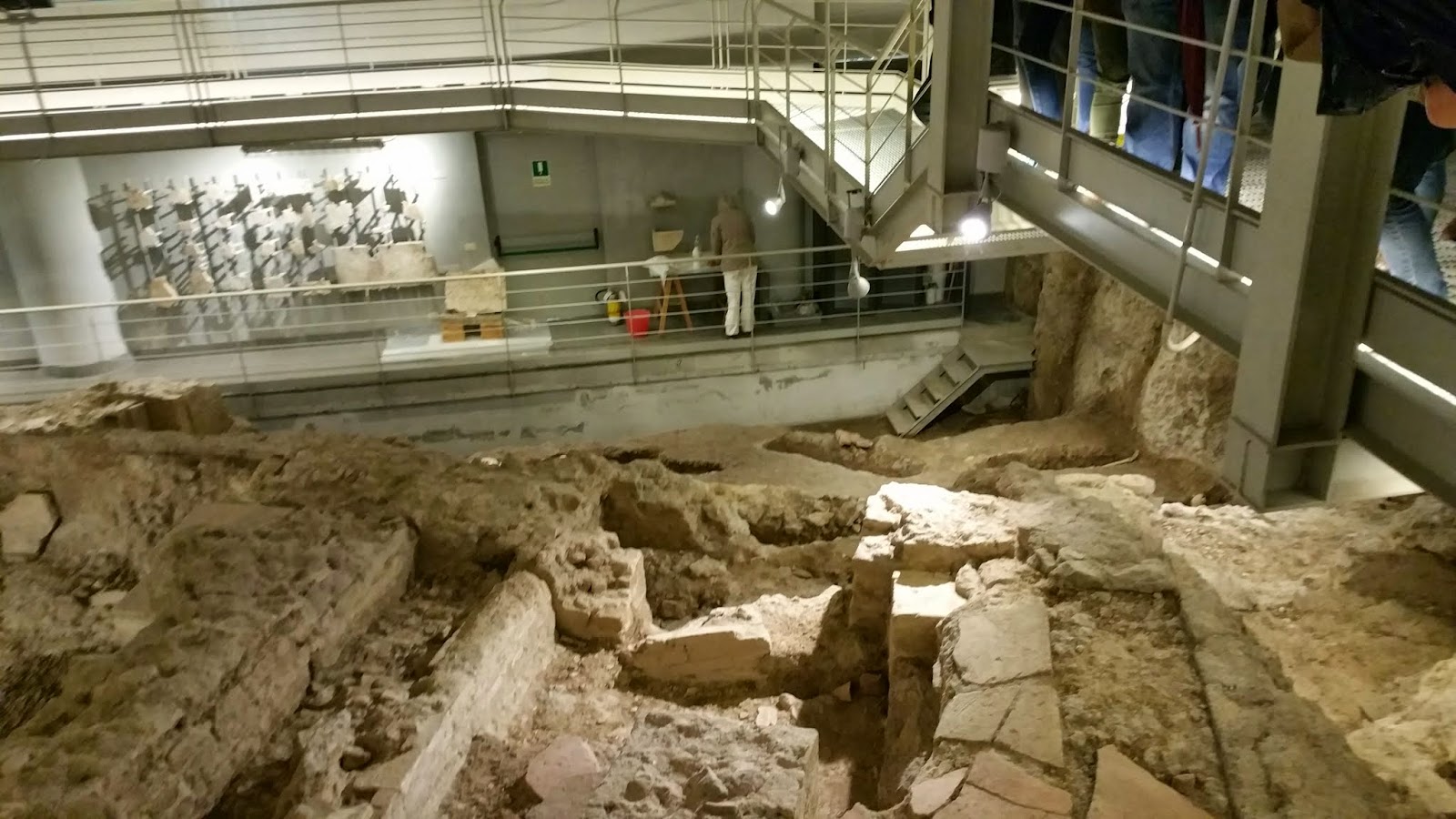 Leaving the Necropolis we walked back outside, still in the rain, and into the Vatican Museum.

Our first stop was to visit the Pinacoteca that houses the paintings that Jim missed on Friday during his visit.  We were looking for one in particular:  Caravaggio's Deposition.  Not disappointed and we enjoyed the others also before heading back to the main section of the museum for a fast walk through to the Sistine Chapel.  Jim had spent four hours here on Friday.   I took three photos in the Sistine Chapel before the guard caught me and they are in the slideshow.  We followed instructions from our guide and slipped out the door on the right with the tour groups for a shortcut directly into St. Peter's Basilica.  Otherwise the door to the left would have taken us out of the building and then we would have had to stand in a line that stretched half way around the piazza to go through security to get back inside.  And yes, it was still raining.

Visiting our old favorites in the Basilica, the Pieta, St. John Paul's Chapel, and walked the circle around the church to the exit before heading back out into the rain.   It was nearly three o'clock and we were starving so headed for the McDonalds near the Metro Stop at Occativa.  Enjoyed a bacon burger before boaarding the Metro for home.

We're only half a block from the Metro...depending on which exit we take but it was good to be home and have dry feet....just me....my sandals are great except in the rain.  About 6 pm we headed back out...yes in the rain...to the Metro.  We rode the Metro to Spanga (Spanish Steps) for photos.  It was raining and between the umbrellas and the cell phone that I'm using for photos...I dropped the cell phone.  But, thank goodness, I've got a full case on it and it seems to be working just fine. 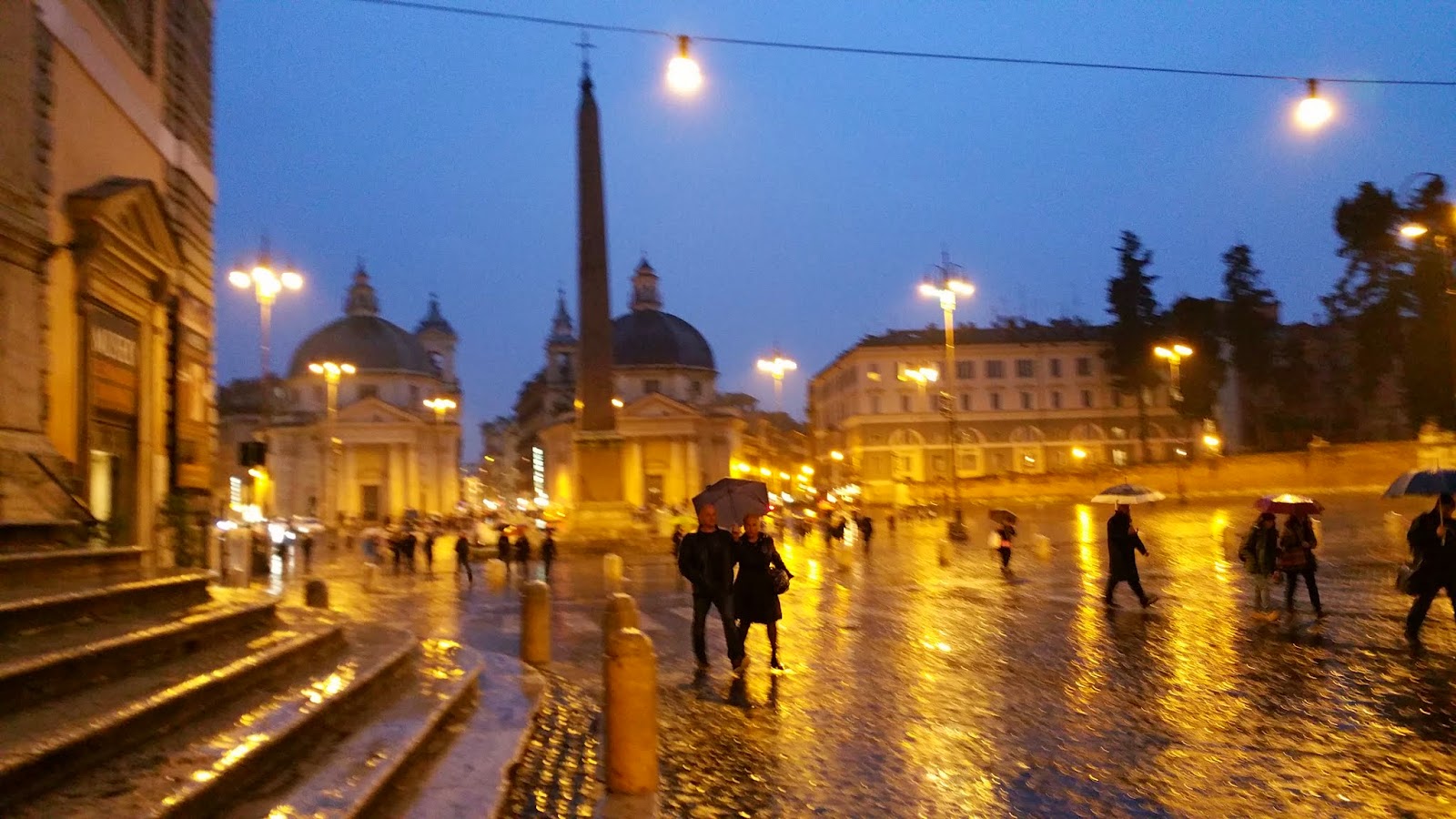 We walked to the top, checked out a nice hotel that we used to stay at and found it has closed its doors.  Over to the elevator from the top to the Metro and got back on for one stop at Flamino Station where we walked over to visit the Piazza del Popolo.  We were looking for another Caravaggio painting in a church there.  Had the correct church but Mass was starting and we need to go back today to see the painting.  Home again, we enjoyed a late supper snack before bed. And then I started dealing with trying to transfer photos, etc.  Long night.  But, I do hope you enjoyed our journey.  Again here is a link to the photos if you don't see them below: