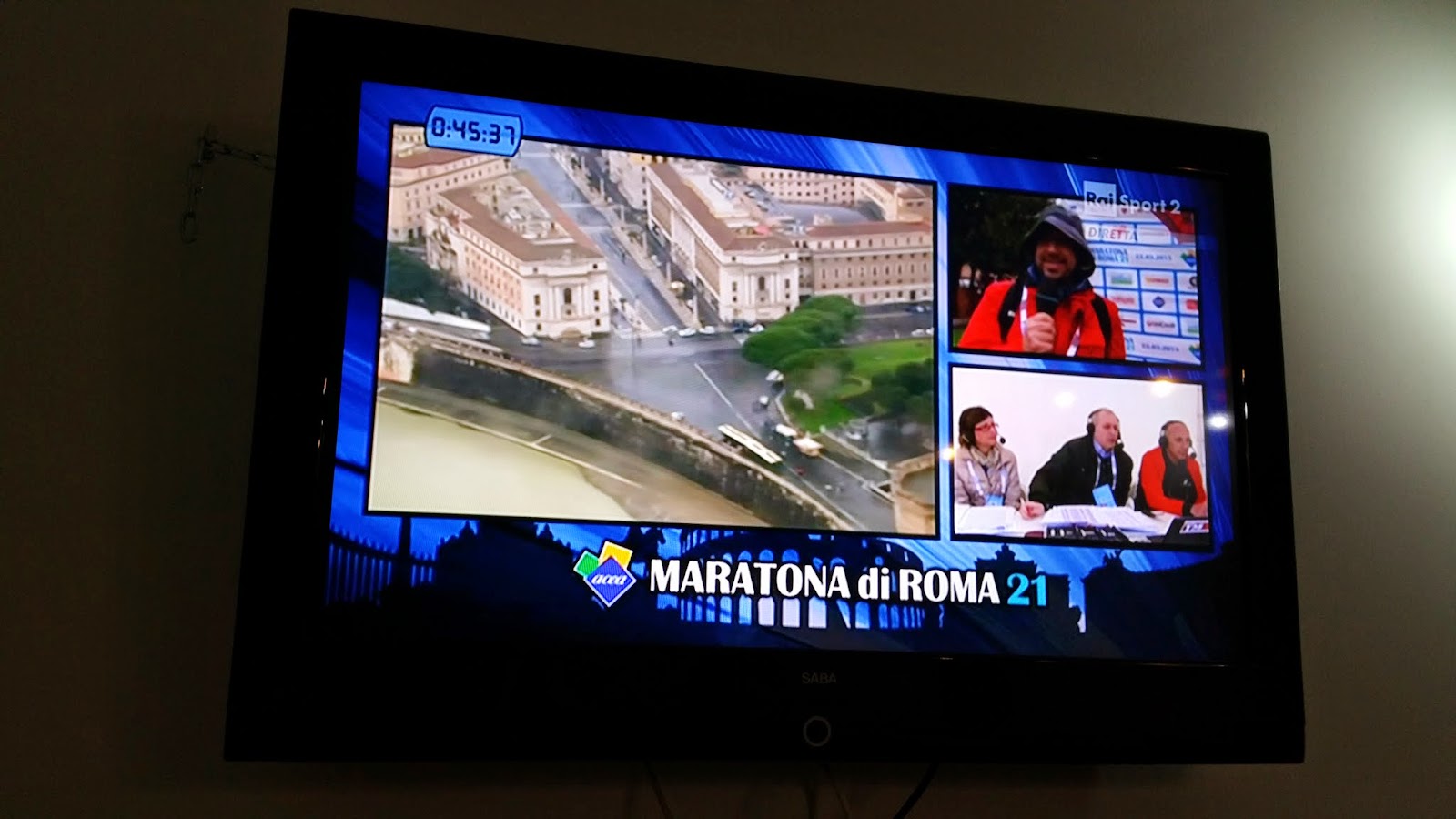 Yes...it's the day of the Rome 2015 Marathon and it's raining steady since early this morning.  No problem with over-heating today!   I washed my hair early and we settled in to watch the race on the television in the comfort of our apartment.  Great morning.  Our landlord dropped by to pick up the linens that we'd just changed (he'd left us a second set per our request) and we had an opportunity to chat with him for a little while.  He is still on crutches...has a hair-line crack in his hip.  Painful but only time will heal it properly and it's important that he keeps moving. 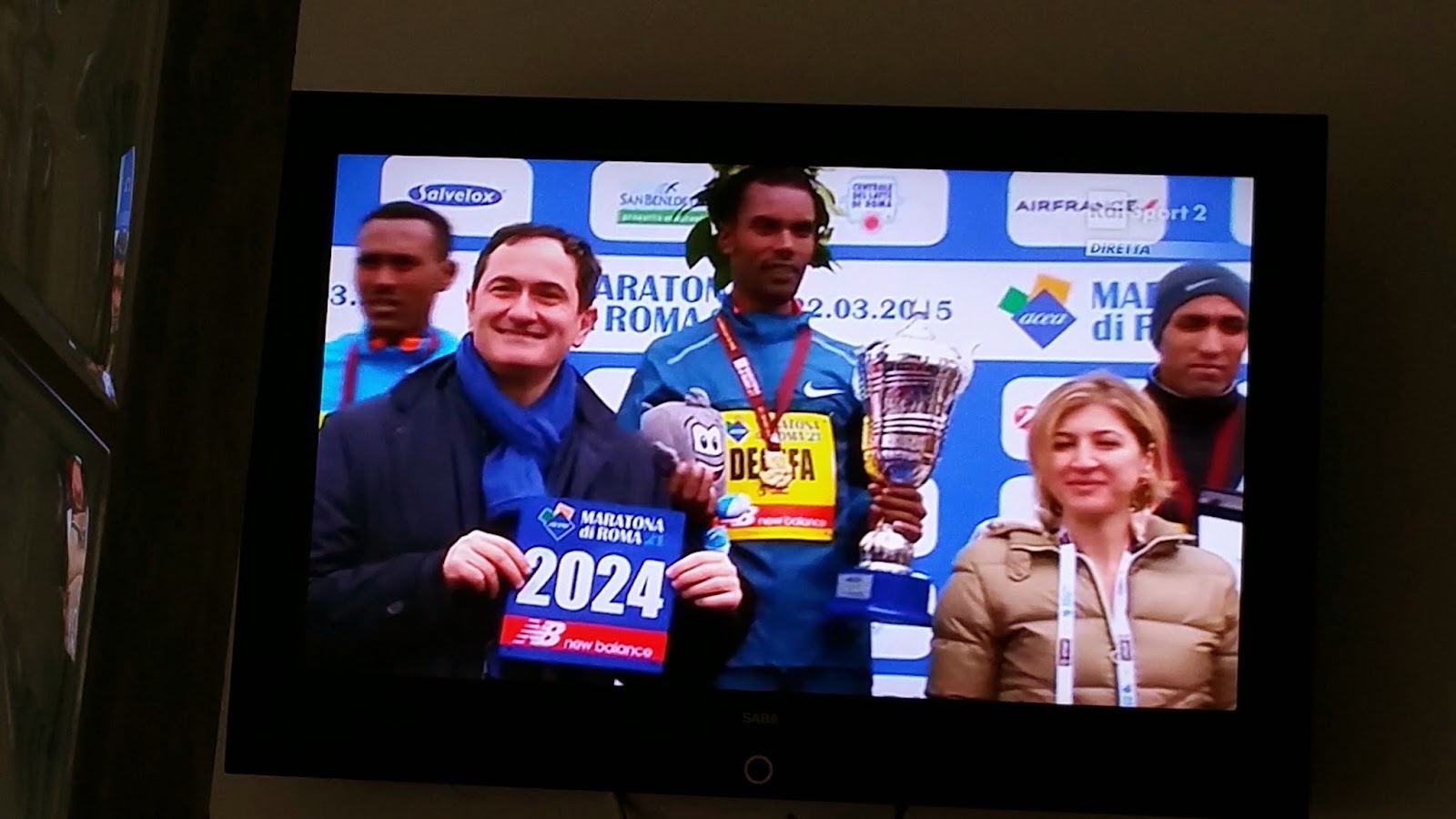 There were two Italians that came in 3rd and I think 5th but definitely in the top seven.  The sun came out shortly have eleven o'clock...just after the winners finished.  The first woman came in about twenty minutes after the first man.  We watched until the laural wreath was placed on the winners head before turning it off.

We decided to head into town on the Metro...buses were not running today!  There were several different races, the Marathon, a 5 K and several others so many different streets were being used.  By two o'clock we'd arrived at the Termini Station and walked across the street to the National Museum of Rome.  It was reasonable and crowded! 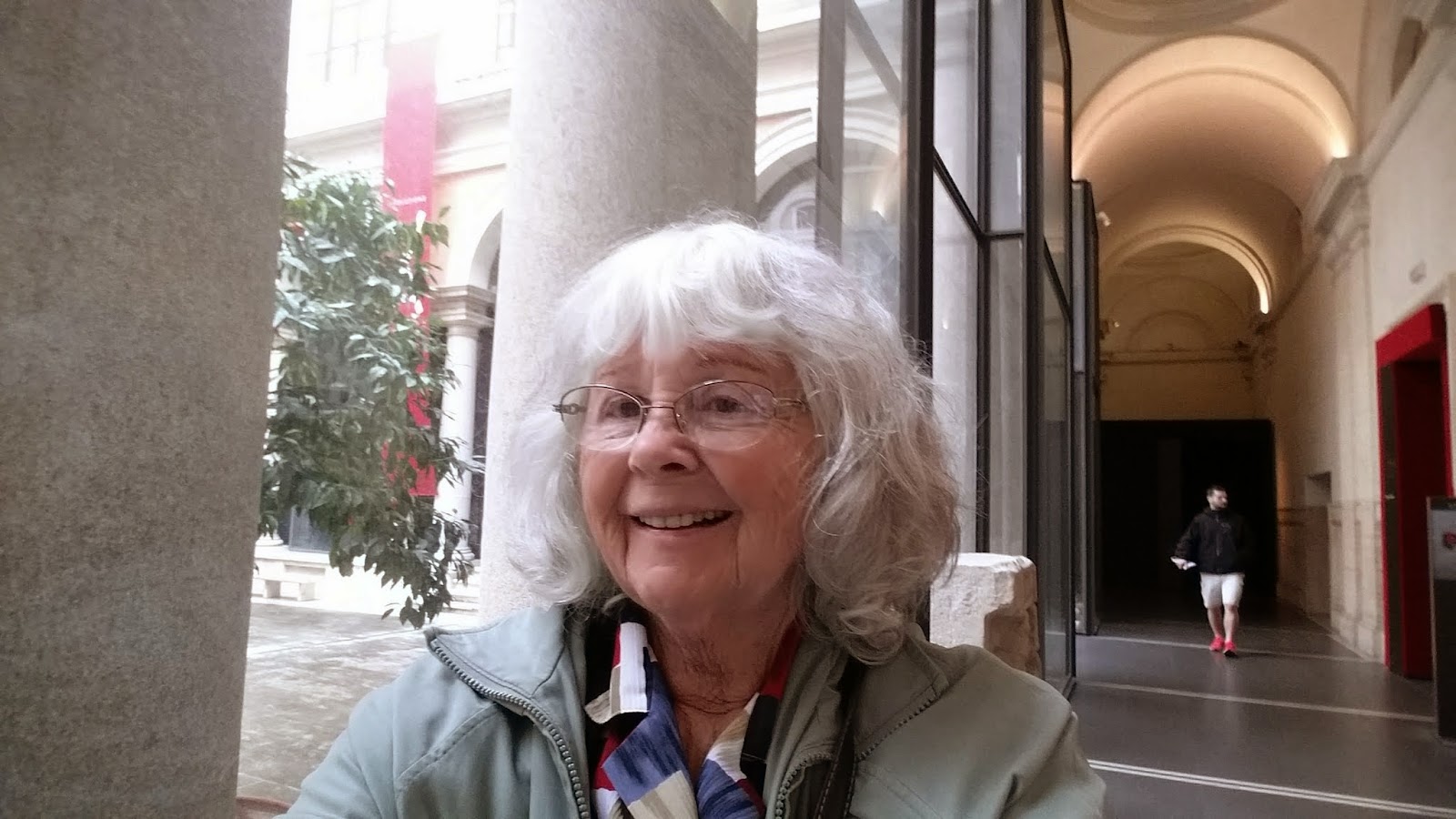 The museum is all sculptures and one whole floor is the recreation of several different ancient homes that have been uncovered over the years during excavations for new buildings.   Entire rooms, walls, floors, etc.   It was four floors of double height rooms with no elevations.  We left late in the day but we accumulated about three and a half miles on the pedometer on my cell phone by the end of the day! 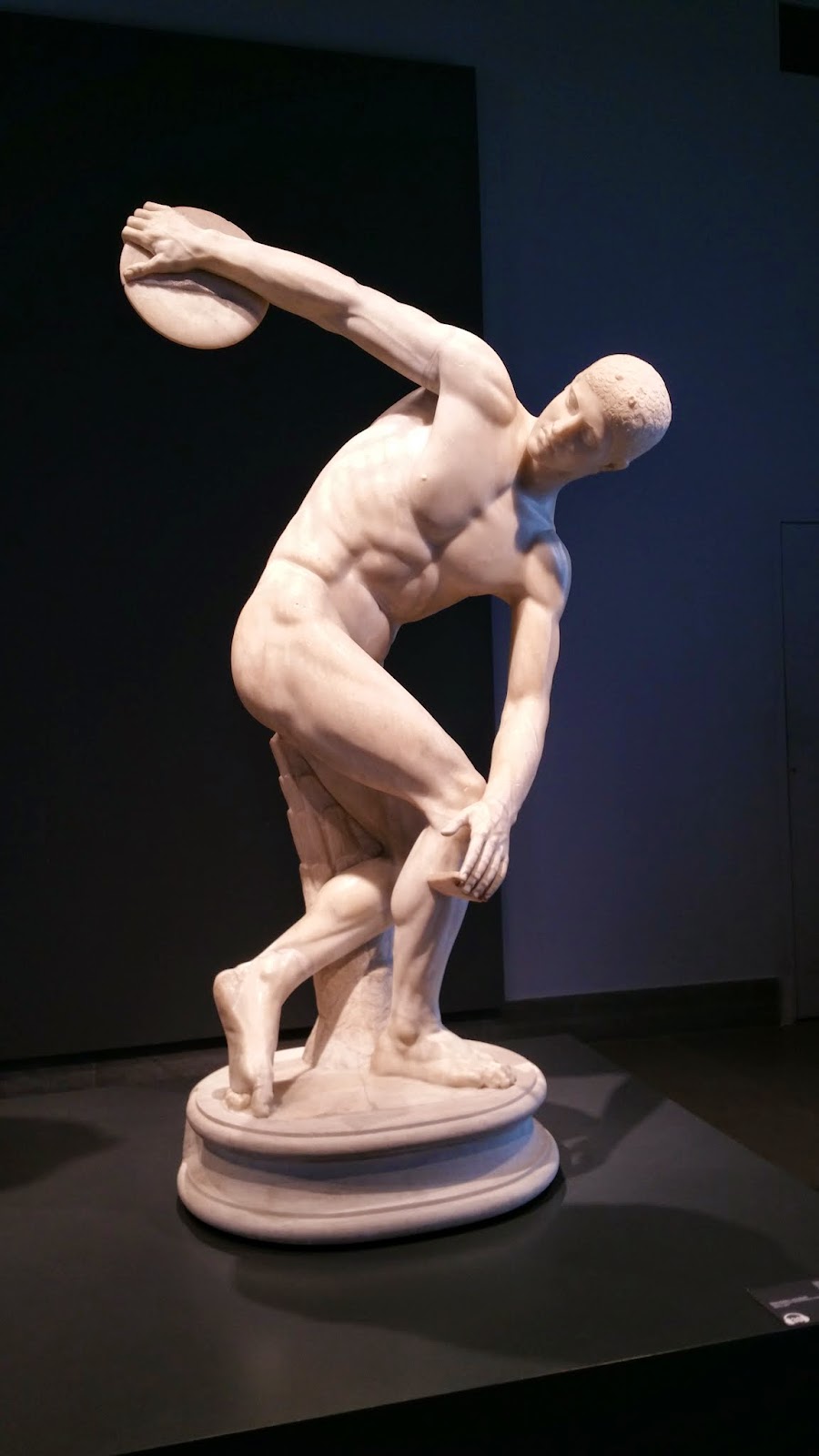 It was nearly four o'clock when we headed over to the Termini Train Station and stood in line to purchase our tickets for the train trip to Florence on March 30th.  But nice to know that we have them now and can confirm our arrival there with our new landlord.  We also took time to purchase a seven day pass for each of us for the Bus/Metro and that will take us to the end of our stay.  We should have done that a week ago but got lazy.  The difference:  24 hour pass is 7 euros....a 7 day pass is 24 euros.  But you have to go to the Tabacco Shop in the Train Station to get the seven day pass.  We were lazy and purchased our daily passes locally.

Soon we were back on the Metro B for one stop as we jumped off at Cavor stop and walked the short distance to visit the church of St. Peter In Chains.  It required a walk up a flight of seventy-five steps to reach the church.  But, it is beautiful and there is a huge altar that was designed by Michelangelo and recreated death by his assistants.  It was designed for the tomb of Pope Julius II, there is a famous statue of Moses and a special one of Pope Julius II in a reclining pose, making him look a bit lazy. 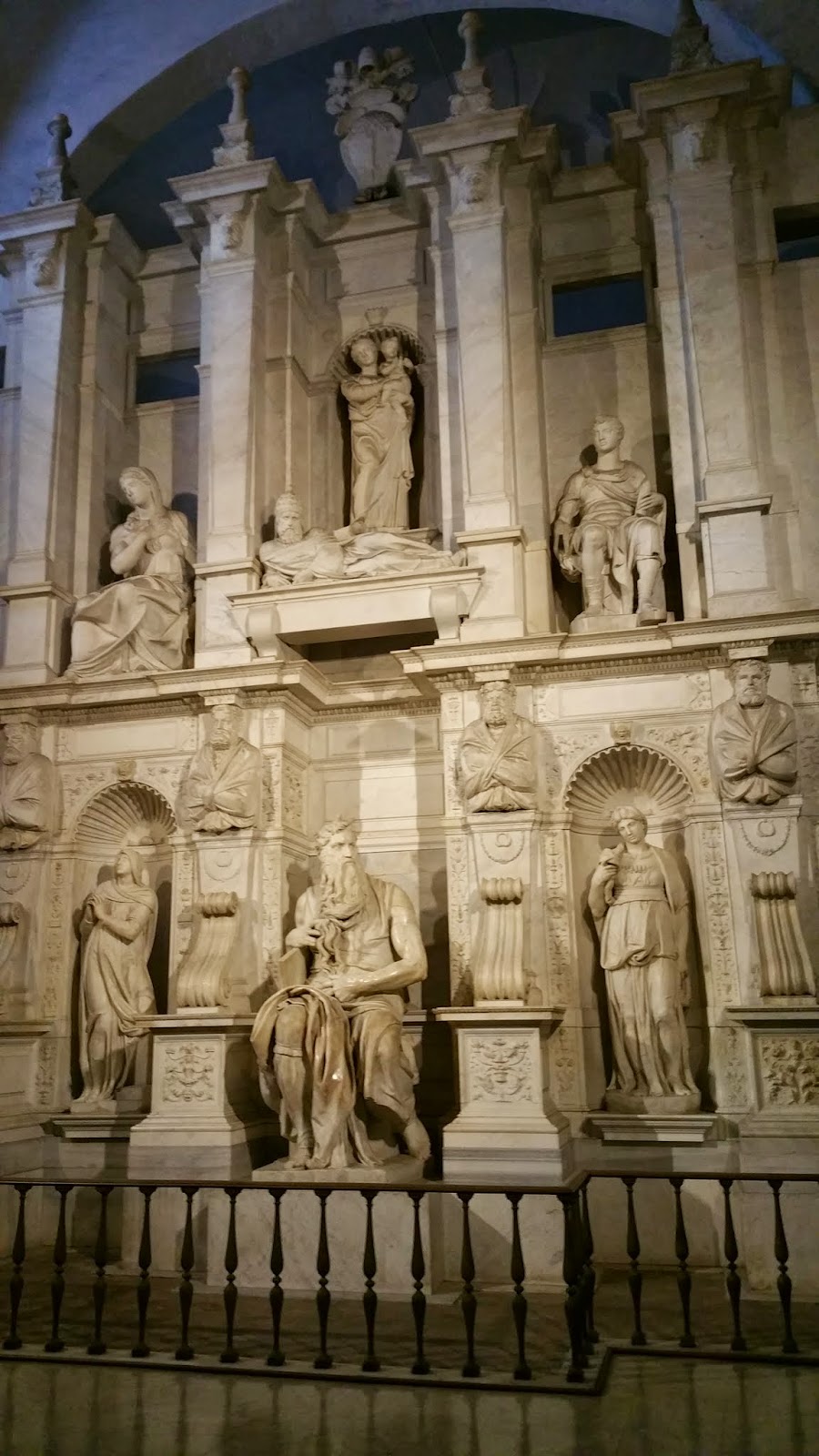 His assistants cobbled it together with stray pieces of sculpture but using his directions.

From there we walked back down the seventy-five steps and over towards the Victor Emanuel Monument by walking down the center of the streets in the midst of the cleanup for this mornings Marathon Race....right under the banner at the start/finish line.  Arrived in Piazza Venezia and found that our bus # 46 was finally running again since the race was now over.

By 6:30 pm we were back in our apartment....no rain all afternoon.  A fun day and we soon had dinner on the table complete with wine and chocolate for dessert.  It was a cool but dry outing; our gloves and hats felt good.  I hope that you've enjoyed our afternoon with us....the link for photos is below: