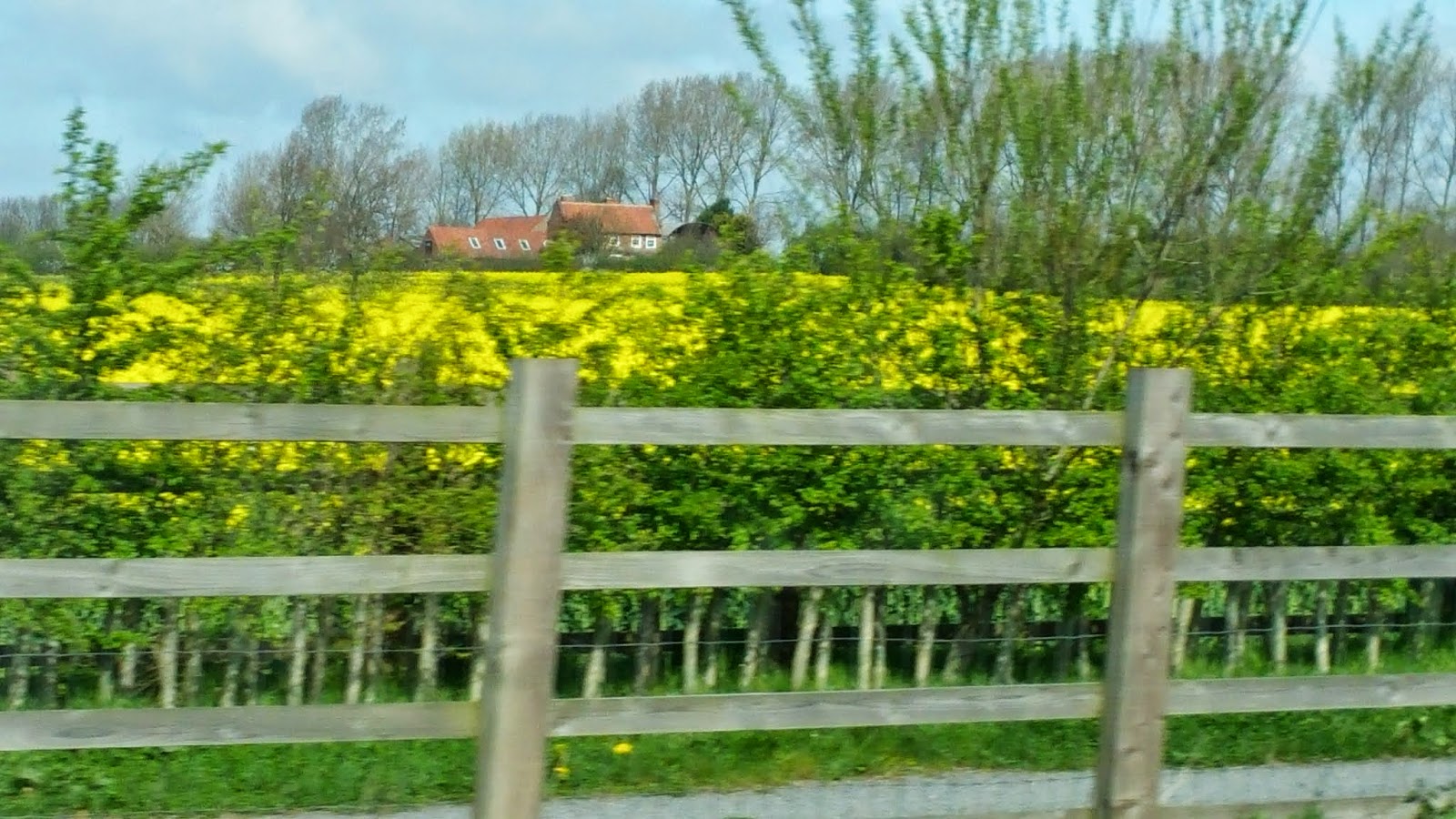 Monday morning we woke to bright sunshine again; but it is cool weather outside.  By nine o'clock we'd finished our breakfast at the B&B in Churchdown, a small village outside of Gloucester, and found our way to the M5 heading northeast towards the very ancient town of Lincoln.

We had a three hour drive ahead of us but we were taking the long route that kept us on the motorways ninety percent of the time.  That translates to freeway like driving on dual carriageways.  With "Daisy"leading the way I actually took time to take some photos of the wonderful scenery that we were passing through.  You'll find some photos of Daisy in the slideshow also.  She's truly a brilliant machine except that when we tried to put in the Bishop's Palace Hotel when we arrived...she didn't understand!   We'd initially directed her to take us to the Lincoln Castle which she had no problems with. 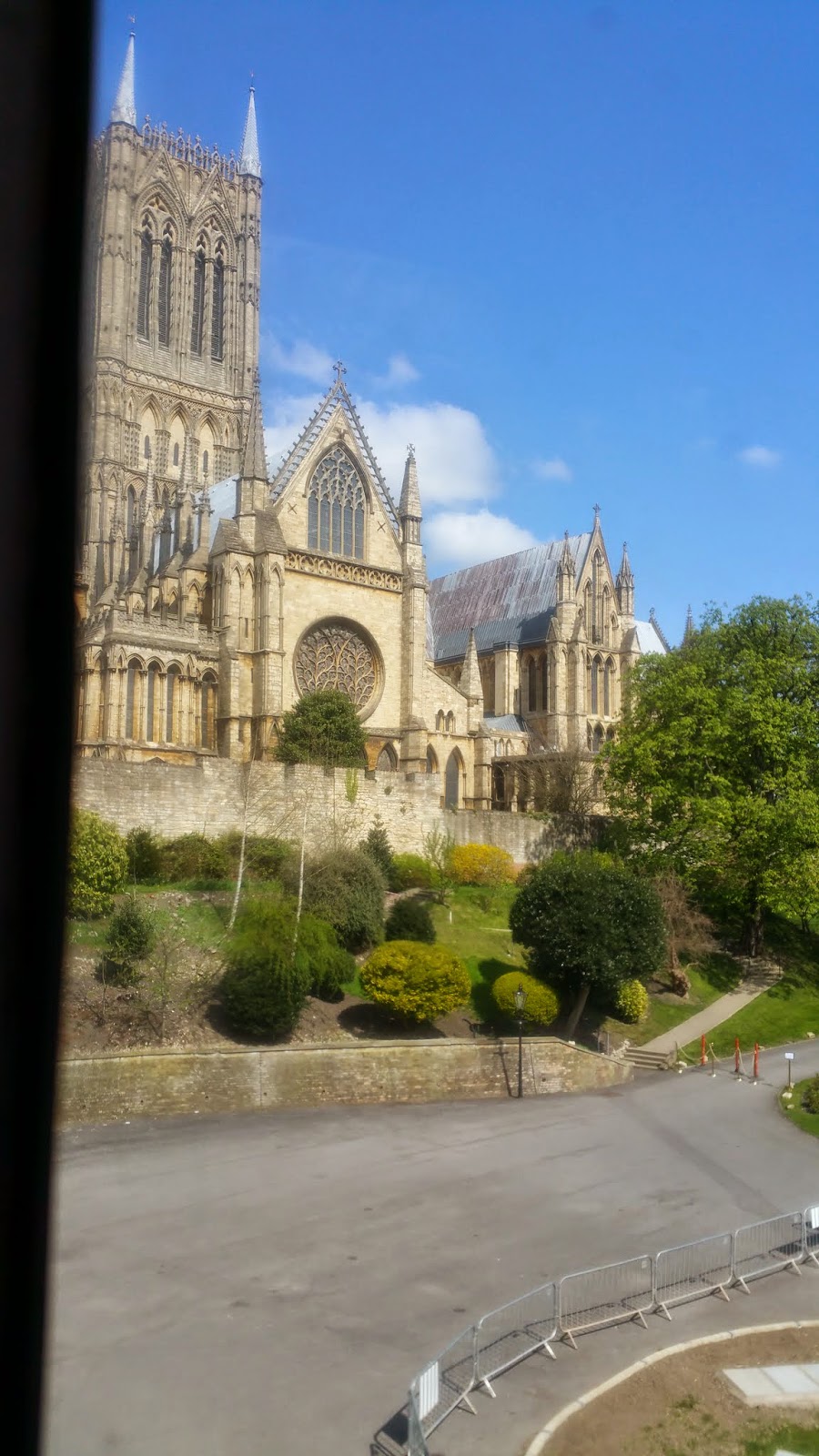 Entering the very small and old village with very tiny, one way streets we became as confused as Daisy and finally parked the car on the street next to the Cathedral as we knew that was close.  We got out and walk around the corner and found the hotel rather easily but there was no "hotel" in the name!    It is called the Bishop's Palace in the Minster Yard.   They checked us in even though we were early and gave us a very detailed map to follow to take the car to the secure parking lot behind the building.  Easier said than done; it took us half an hour to do what we could have walked in fifteen minutes if we'd known the layout of the streets better.  But, the landmarks they'd indicated soon began to appear and thanks to about three different people...we found the car park.

We are in the main building in a very old section of the hotel that has been remodeled in recent years.  We have wifi and all the conveniences.    Our view from the window is of the Cathedral and I think that I'll wear some earplugs tonight.  Beautiful bells that chime regularly.  We sorted things out and headed out to visit the Castle which is just past the Cathedral through the village. 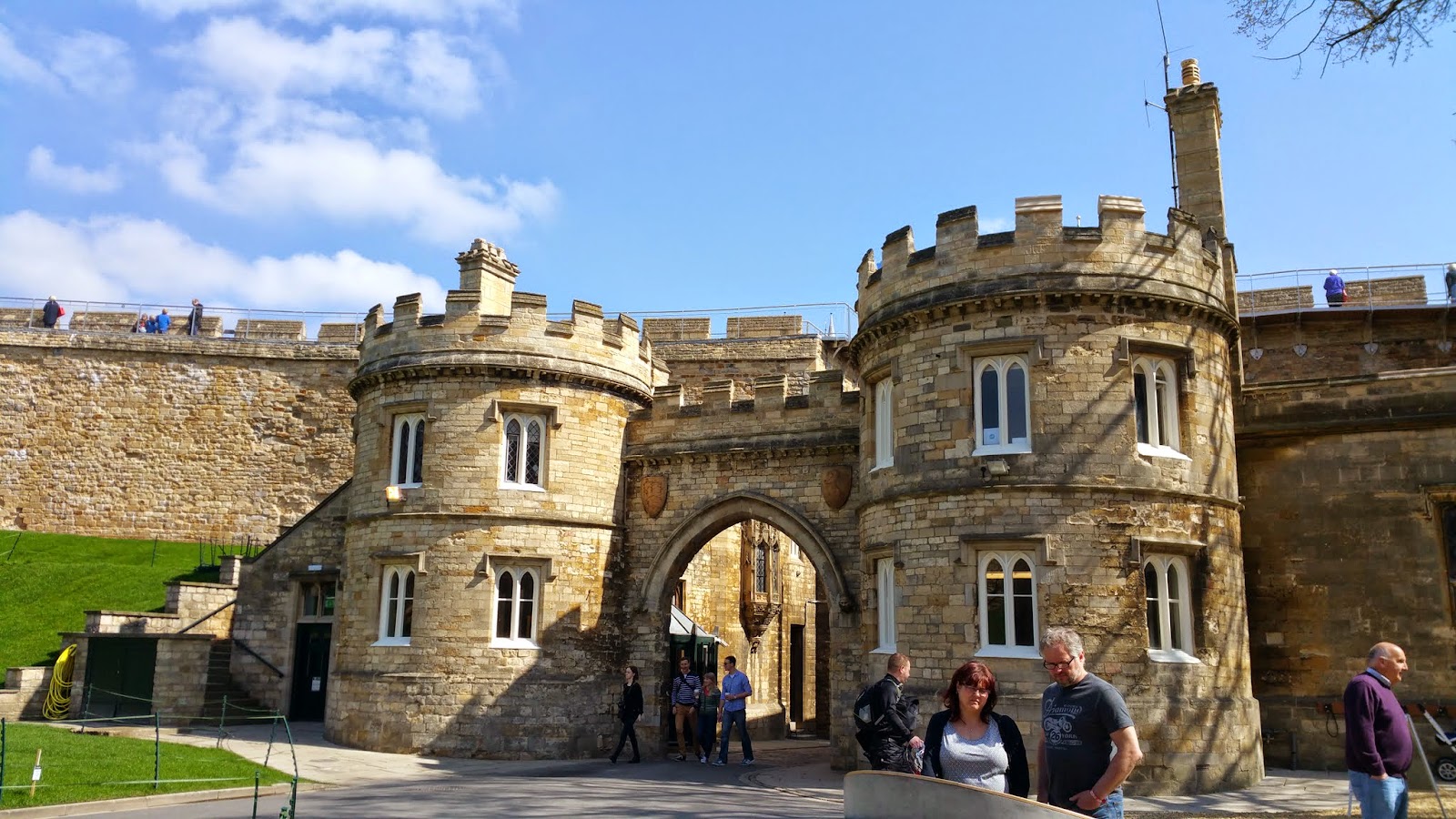 We walked through the village and into the Castle that was built on Roman Ruins by William The Conqueror after he defeated the English in 1066 at Hastings.   It has been the scene of two major battles through the centuries.   One of the prime treasurers of the City of Lincoln is possession of one of only four original Magna Carta that was signed in 1215 and was the cornerstone of English Law and our United States Constitution.  It is kept in a vault inside of the Lincoln Castle.  Absolutely no photos were allowed.   They are celebrating the eight hundred anniversary of the signing in June and much preparation is being made for the celebration.  Princess Anne of the Royal Family will be attending the festivities.

In 1939 the document made it's first visit trip abroad to the New York World's Fair.  Then the war began and the decision was made to keep her in the United States for safety and she spent the war years with the original U.S. Constitution in Fort Knox.

We enjoyed a walking tour of the Castle with a very knowledgable docent by the name of Mike; a fountain of knowledge and very personable with wonderful stories to spice up the history.  We then did a walking tour of our own before heading over to the Cathedral to make sure that we had time to visit there before it closed at five o'clock. 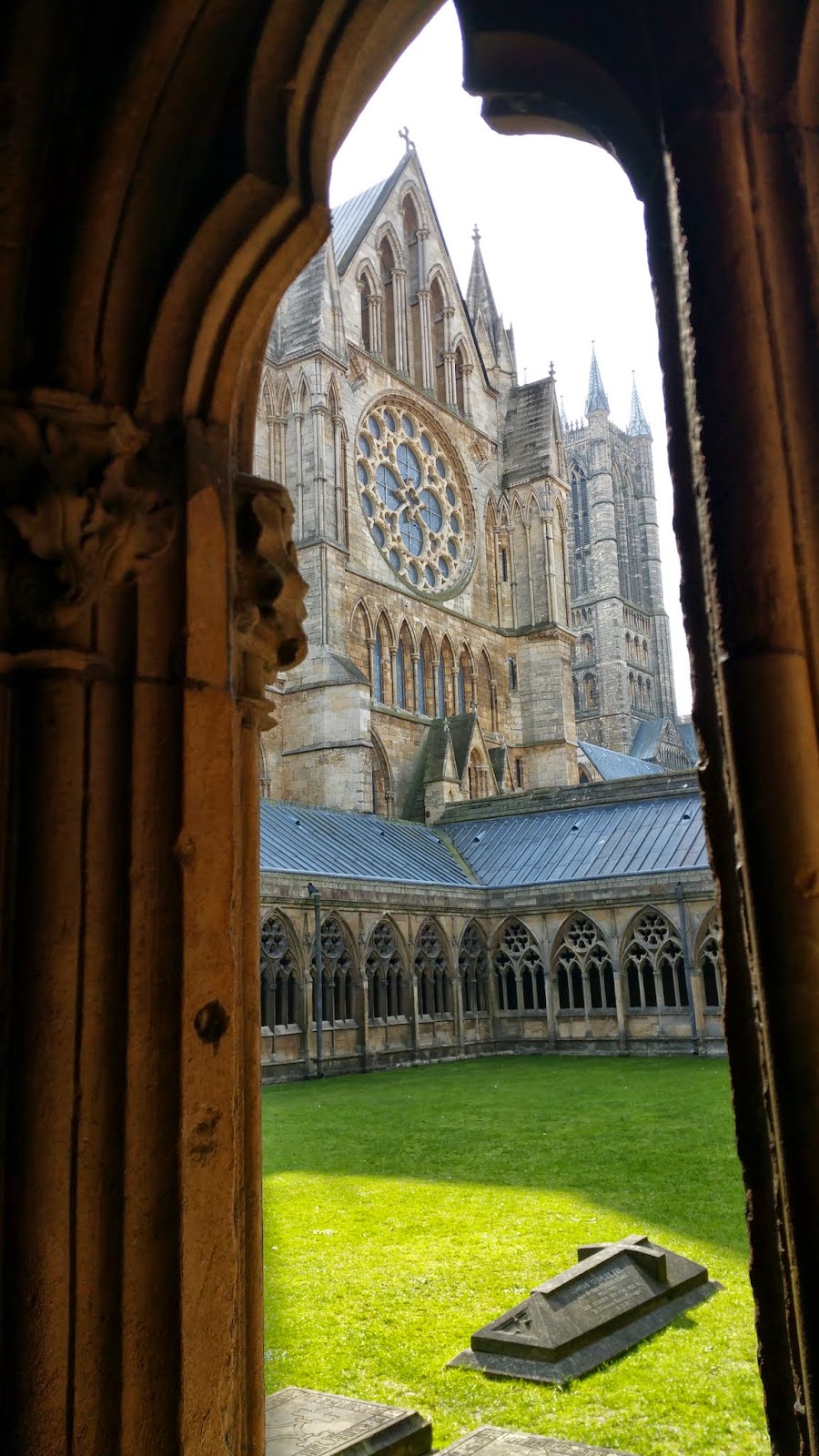 The Lincoln Cathedral was built in 1092.  Beautiful and stately, a joy to walk through.  Very reminiscent of Westminster Abbey in London and the lovely Cathedral at Canterbury in the south.
Tempting to return for evening service but it's been a long day for both of us.  After the Cathedral we returned to the Castle to visit the Magna Carta which we'd originally skipped....there is a facsimile of the original on display in the Cathedral (the document actually belongs to the church) that I was allowed to take a photo of and you'll see in the slideshow.    Mike, our docent guide, was in the village as we came out of the church and he encouraged us to take the time to go back and see the original in the Castle.  After seeing the document and visiting the old prison that the vault is inside of we climbed up the steps and walked the rim of the Castle on top of a beautifully restored wall.  Within the walls of the castle keep (the last defense position) there were graves; when people died in battle they were always buried within the keep.

There is also a fully functioning Royal Court inside of the Castle and they were having a jury trial today.  It's one of the few in England that still is actively used.  Back to the village we walked the streets to find the old Roman Gate that is still standing, one of many Roman Ruins within the town.  Then we decided to stop at The Lion & Snake Pub (since 1834) for an early bird dinner.  Delicious and more than we could eat for only nine pounds!   We also walked back around the Cathedral to view the finished flower display that was being construction on the lawn this afternoon when we arrive.

We're in our room waiting for it to get dark so that we can go back outside and take some night photos for you.  I will add them tonight to the slideshow.   If there are not there now; be sure to come back later as I'm hoping for some great photos!   Tomorrow we go further north to see Castle Howard.