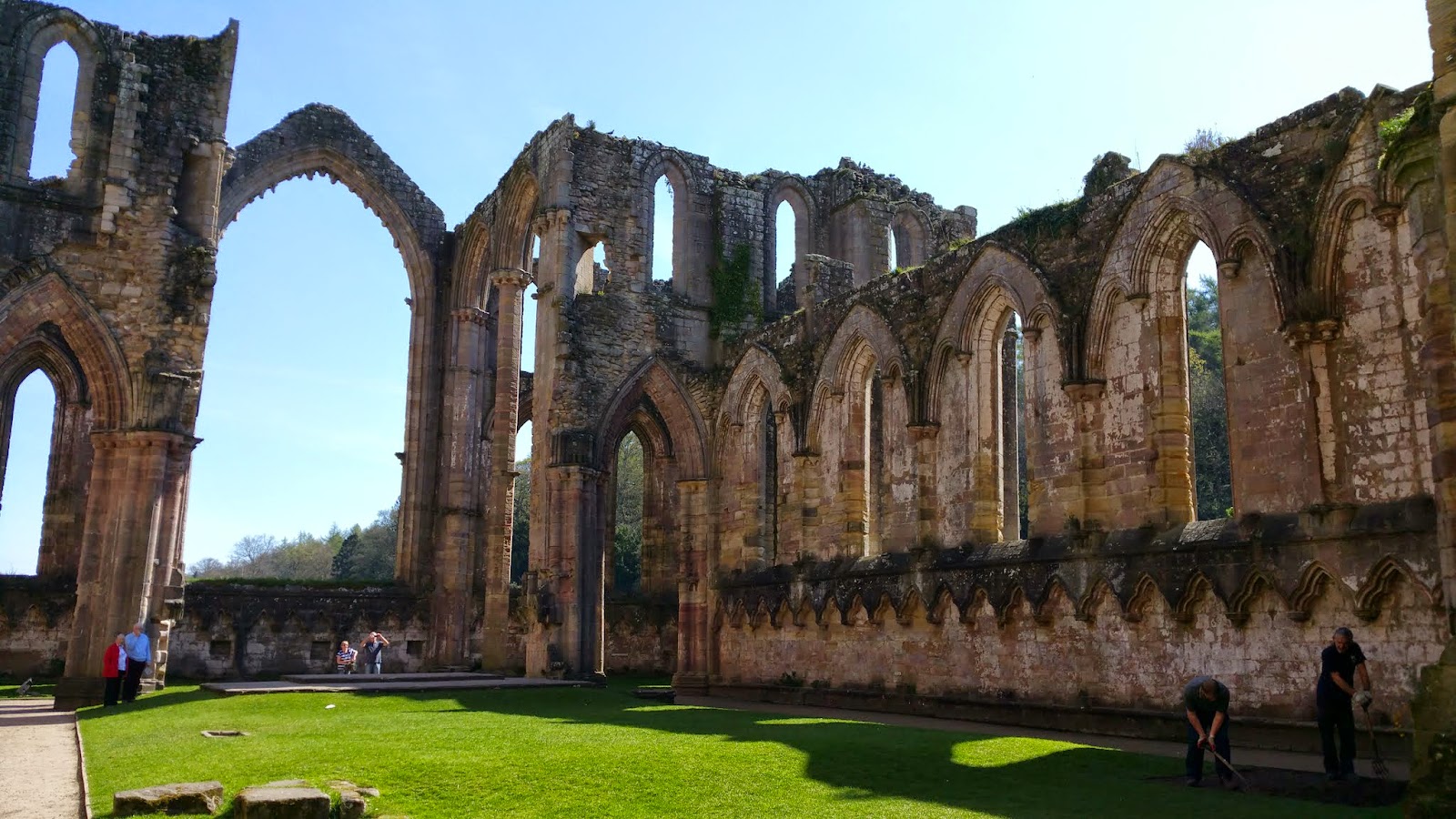 Today was very special to Jim as he'd read about these ruins for years and always wanted to see them.  But, Fountains Abbey is located out in the middle of nowhere!  Our first hour from Malton, back past York towards the M1 was on great roads and then we started inland towards the Abbey.   It was an hour on winding narrow roads most of the way.  A real knuckle biter.  But the sun was shinning and other than knots in the stomach we were in great shape when we arrived. 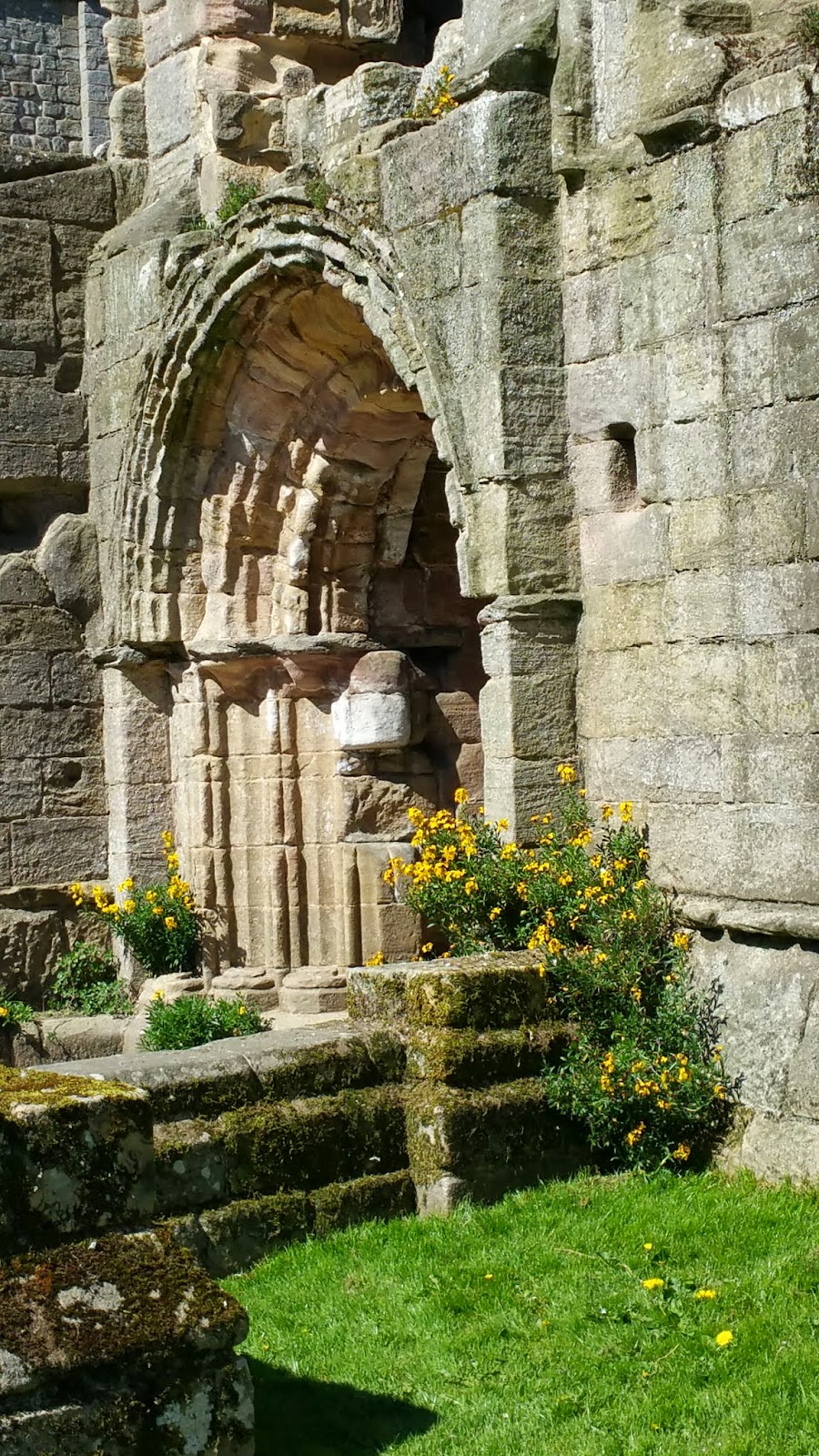 One of the reasons this ancient abbey is so well preserved is that it was so far from everywhere that they didn't remove all of the stones for other structures over the years.   All that is left of the Cluny Abbey in France is the foundation as the stones were used to create other buildings.  When they dismantled this Abbey, the glass was removed and the lead roof and the bells were melted because lead was very valuable.    Otherwise the ruins were left to fall apart as the weather dictated.

This is one of the most remarkable sites in Europe, sheltered in a secluded valley.  It is a spectacular ruins of a 12th century Cistercian abbey.   The abbey was begun in 1135 and became the wealthiest abbey in the country; probably part of it's downfall when Henry VIII started closing the religious abbeys after changing the official religion of the United Kingdom.   After four hundred years it was finally sold and became private property. 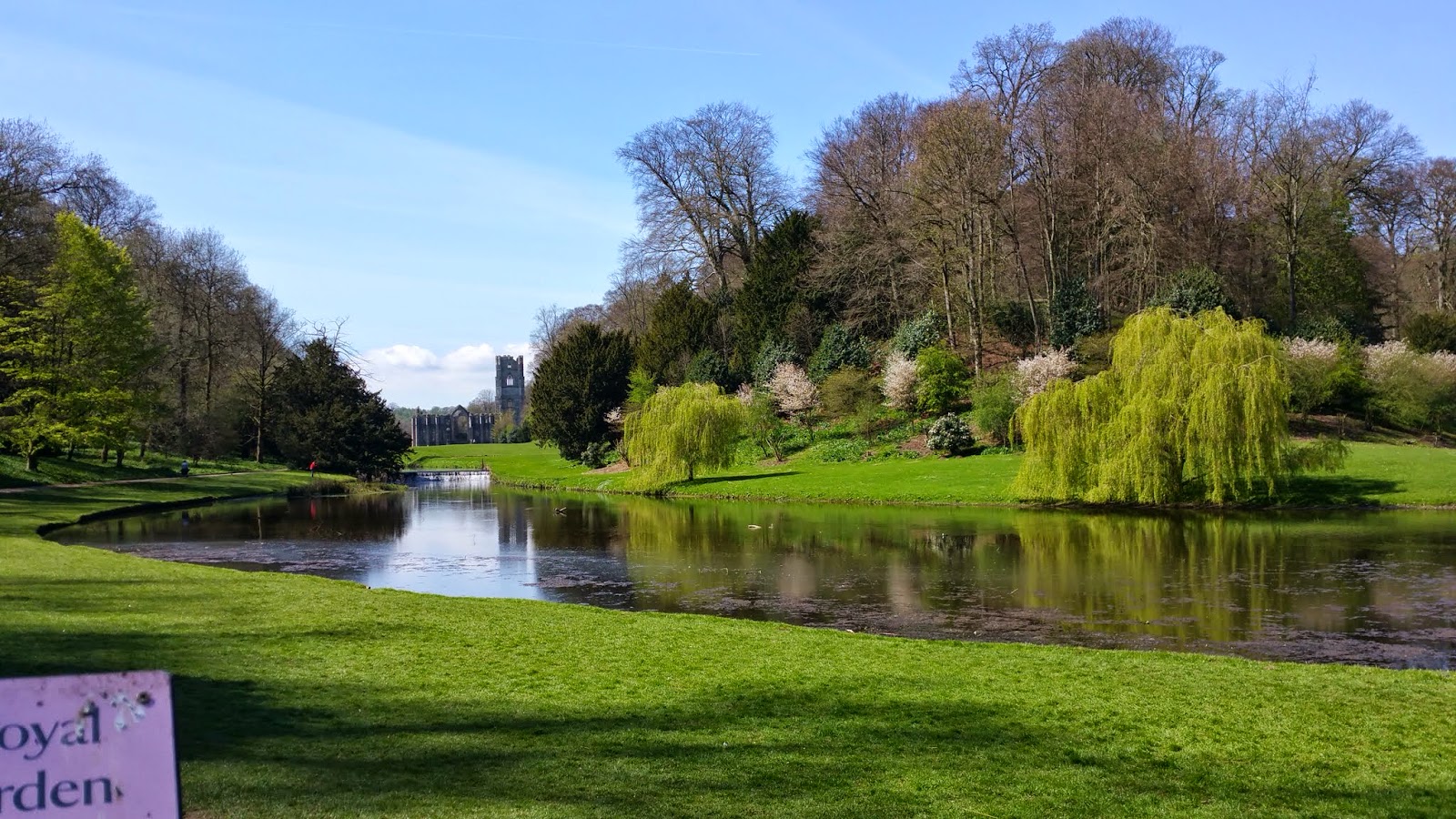 There are photos of a model that shows how large the property was at it's prime.  Today the site has one of the finest surviving monastic watermills in Britian, an Elizabethan mansion, and one of the best surviving examples of a Georgian green water garden.  This was built by an owner of the property by the name of John Aislabie long after it ceased to be an abbey. 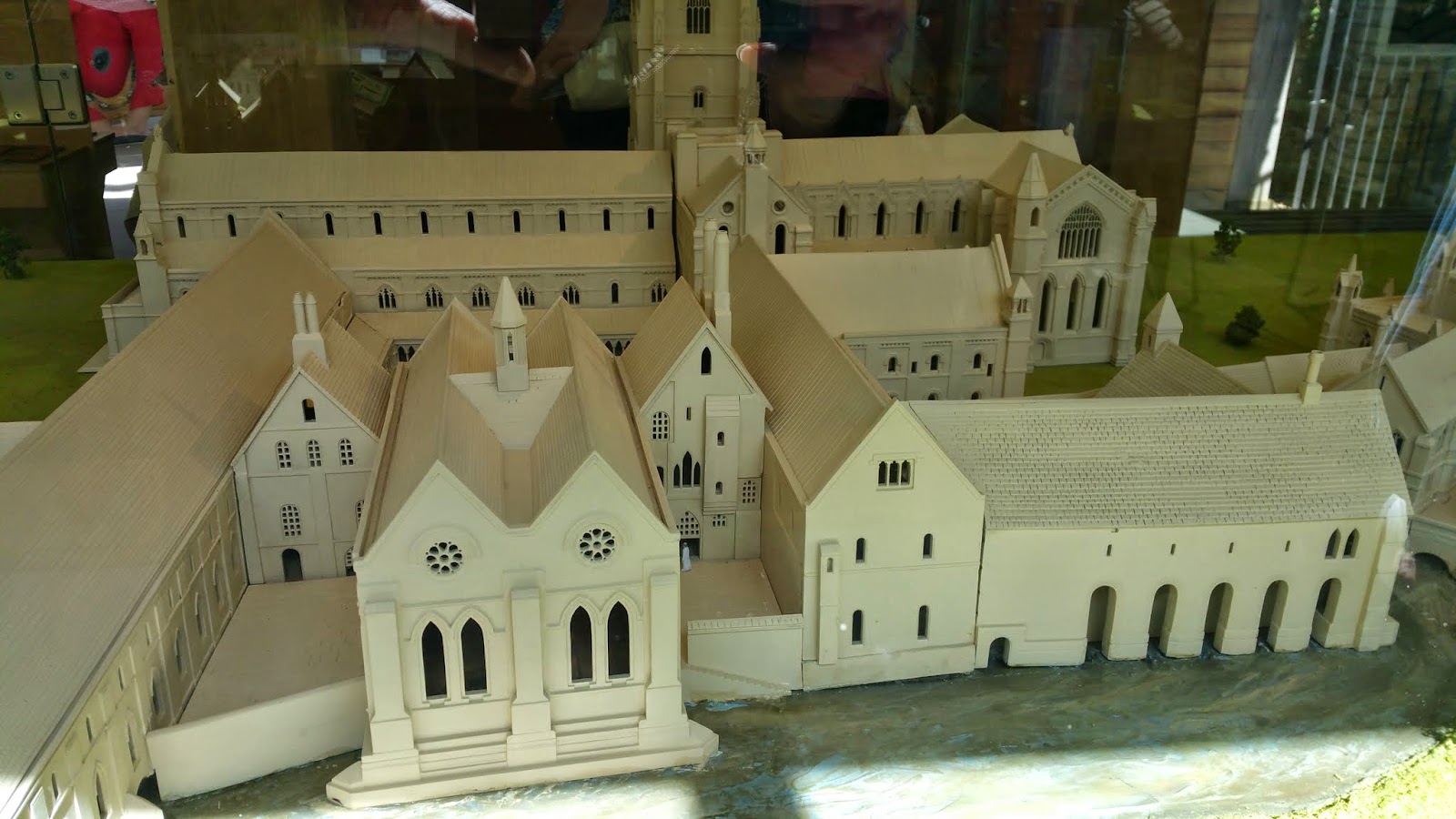 We spent nearly three hours viewing the property today and walked a bit over five miles in the process.  Once we walked to the abbey ruins and viewed that and the mill, we started our walk around the water garden which was several miles, but the views of the abbey were fantastic from the hills above the valley.   There are two lakes connected by a water canal and several "follies" scattered about the surrounding hills.  I hope you'll enjoy the many photos that I've put into the slideshow.

It was after three o'clock when we headed back towards that funky road that became even smaller as the miles of rock fences hemmed us in on the twisting road.  Think "hill and dale" and add some big trucks in there for good measure.  The scenery was very pastoral with many herds of sheep.  It must be near shearing season as their coats are thick and wooly.   But we did survive the drive and cheered when we pulled into our Premier Hotel for the night.  Very nice; a chain hotel much like Days Inn.   An early bird dinner, a game of cards and internet made for a nice evening.

Tomorrow we've got a bit more of our wonderful road but soon we'll be out on the highway speeding by many cities as we head south to Bristol where we'll spend the night.