Today was scheduled to be another museum day but Jim took pity on me and made it a day off.  Me thinks he was also ready for a down day.  It is dry but much cooler today than it has been this week.  We packed that bags for an early nine o'clock departure tomorrow morning; we go by Bus, Tube and train to Heathrow to pick up the car that we've rented for the next eleven days for our driving tour of northern and the southwestern corners of the United Kingdom. 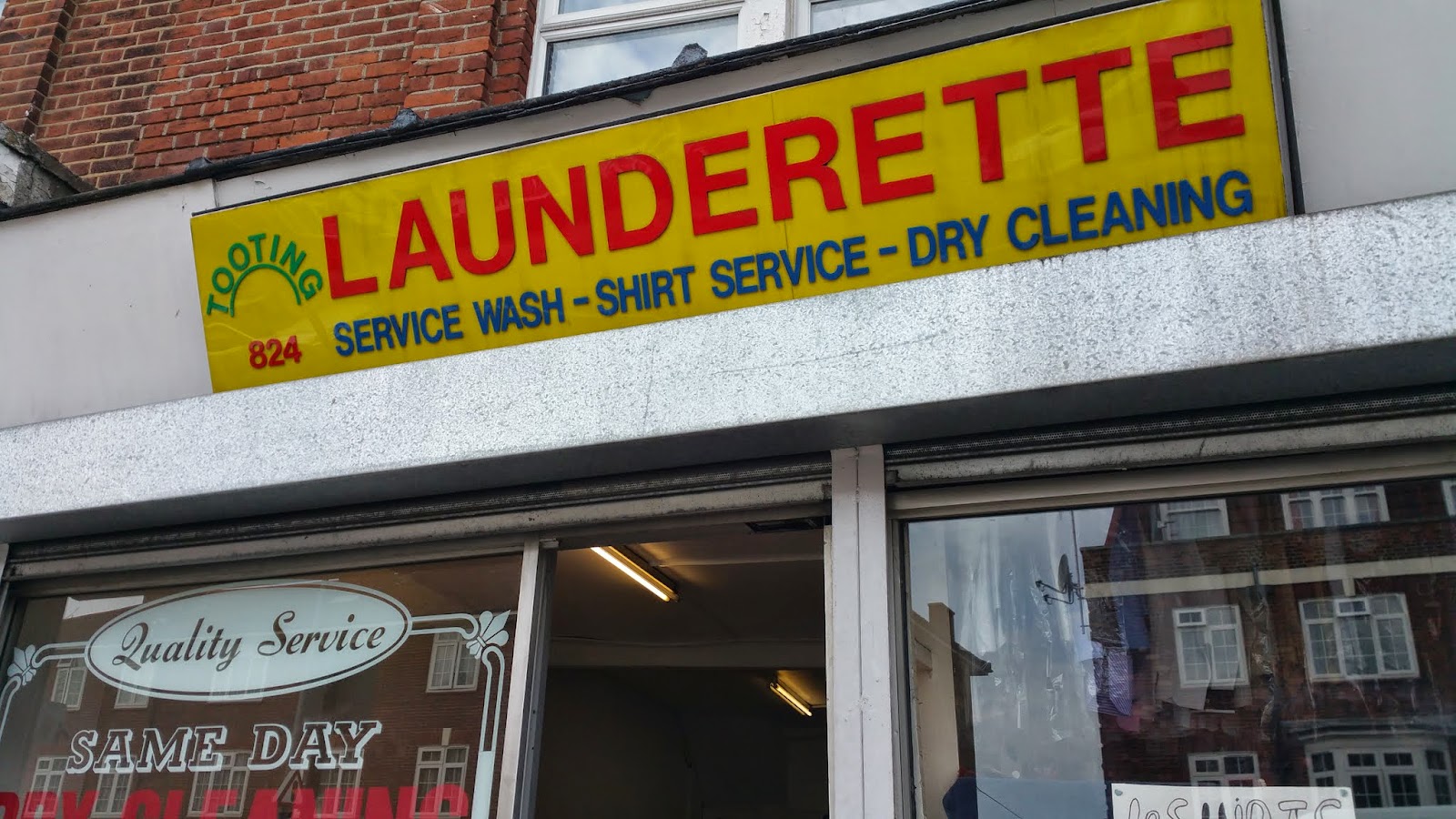 We also decided to do a load of laundry at the laundry mat we'd seen across the street.  Got everything ready to go and discovered it is permanently closed!    Back to the room and each of us on our computers we discovered one that was about a five minute walk from the Tooting Broadway Tube Station.  There was a telephone number so I went on Skype and called the number to make sure he was open.  He was very irate and demanded to know how I'd gotten his phone number! 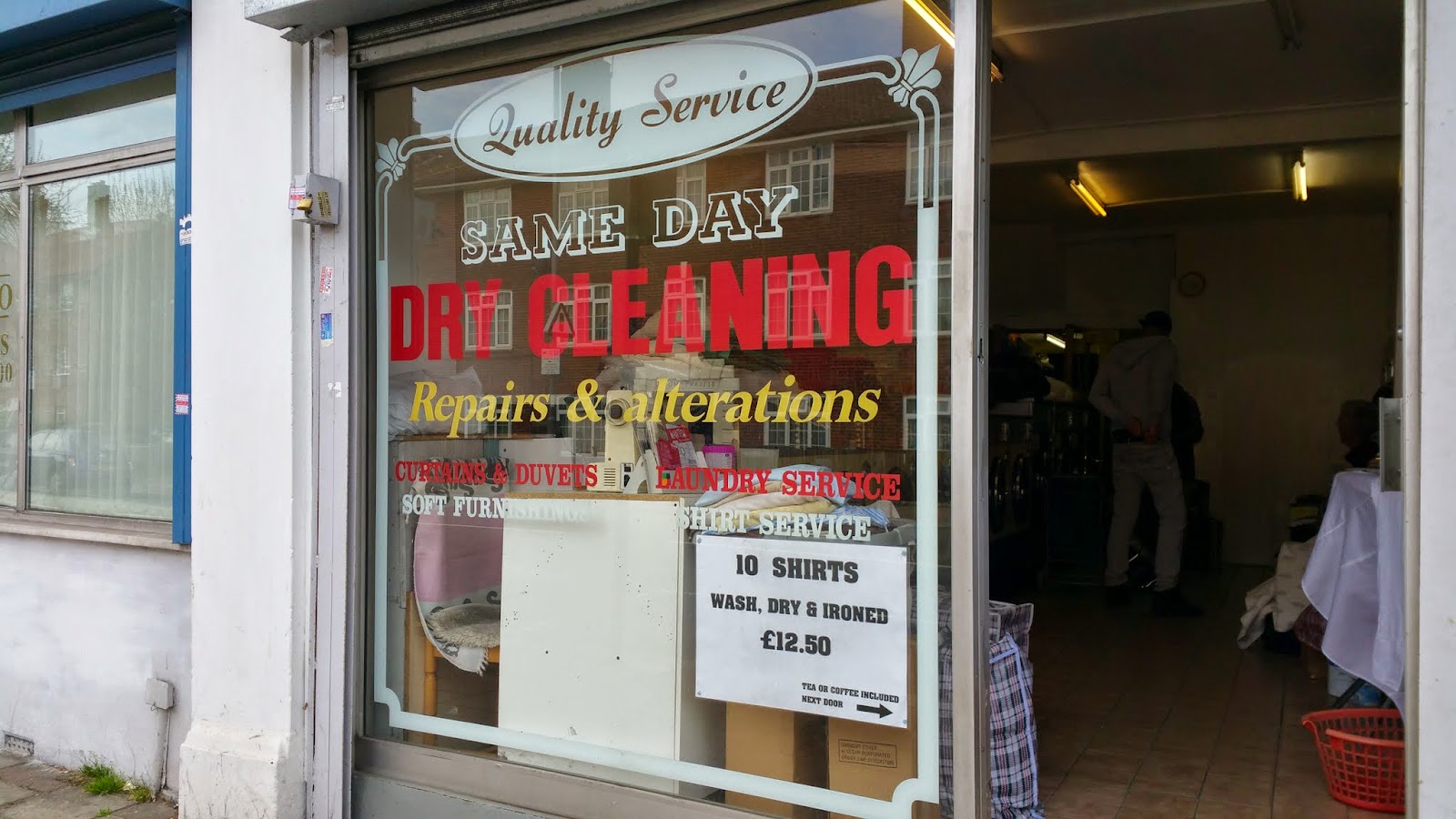 After I'd assured him I was not a telephone solicitor trying to sell him something; his tone changed and he was very nice.   So off to the bus and our local tube station.  From there we walked about five minutes, just as he'd said, and found a great local laundry mat where we could wash our own or he would do it for us.  He was ironing shirts the whole time we were there when he and Jim were not having a none stop conversation about everything in the world.  It was a fun and entertaining two hours while the machine washed and dried our clothes. 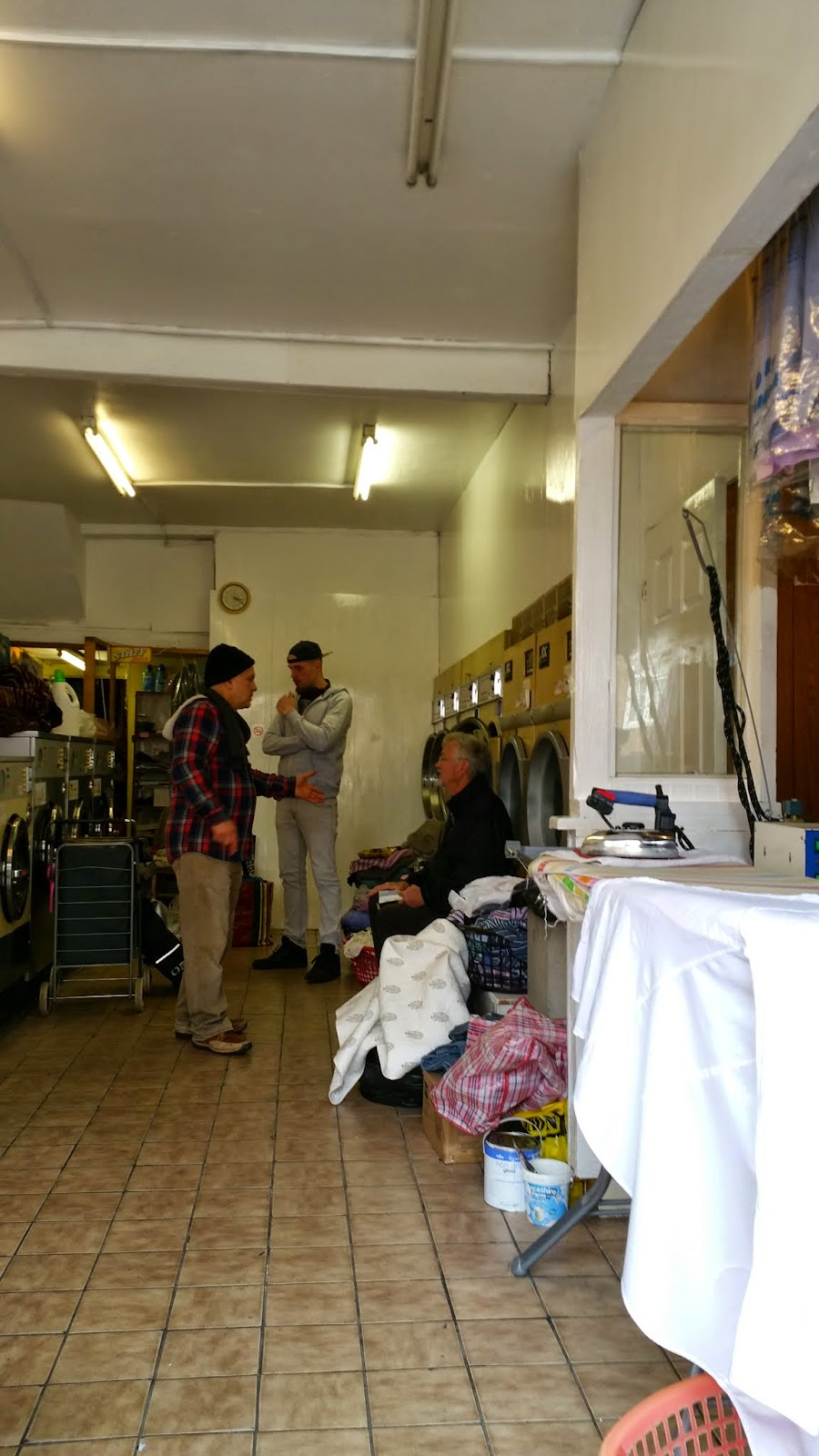 By the time we finished it was after four o'clock and since our favorite pub, J. J. Moon's, was on the way back to the station we stopped and had an early bird dinner of fish n chips with a tall beer.
We were back home by six o'clock and tucked in for the night.  I think we'll play some cards.  The few photos that I took are all here on the page for you to see.  Enjoy.  The young man you see in the photos was another client .  He seldom got a word in edgewise!  He was from Venice and is now living in England; his dream is to go to California.   Tomorrow we're driving around the Cotswolds and then landing at another AirBnB apartment; a private room and bath in a private home; our new apartment for the next three nights.   We're looking forward to getting to know June and Roy, the owners, who have been great with communications on the Internet.
Posted by Martha at 10:35 AM

All aspects of traveling can be an adventure, can't they? I learn so much, and often have a lot of fun, while doing laundry and grocery shopping when I am traveling. Speaking of fun, isn't "Tooting Broadway" a great name for a place?! Looking forward to your posts about your journeys by car in England, Leslie