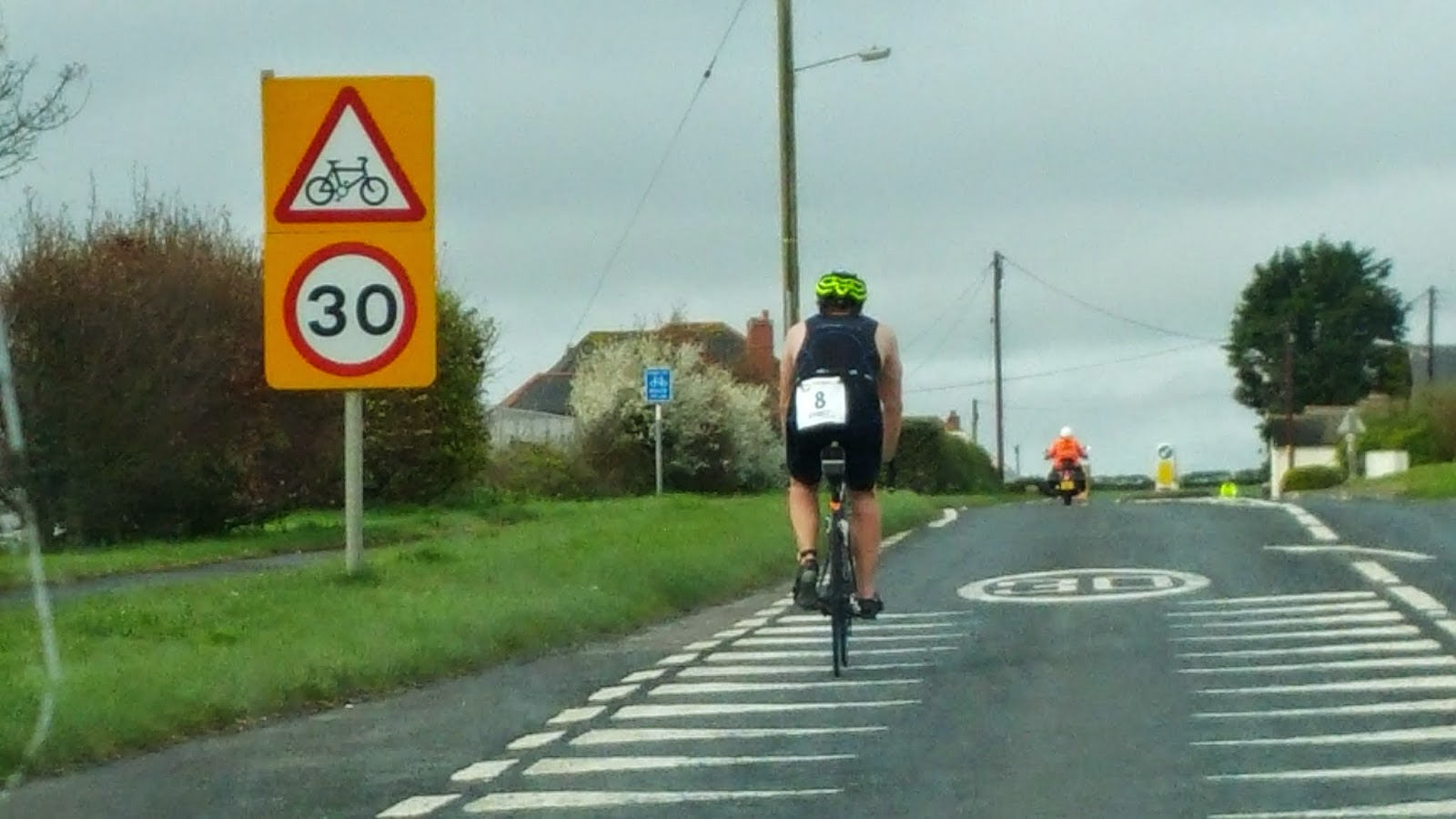 Up early after going to sleep to the sounds of music from the band in the Pub downstairs; didn't keep me awake and Jim uses earplugs.  We were out the door by eight o'clock as planned for our journey across the bottom of England into the District of Dorset.  We had really good roads for ninety percent of the trip today.  We started out navigating our way through a bicycle race that was just beginning.  There is also a Marathon in London today.  So God was good and we had only light sprinkles on and off through the day that didn't even require the windshield wipers!

It was fun to see the Wellington Monument again off in the distance.  I'd seen it on the way down to Cornwall and now again heading inland.  It is a huge triangle tower standing at 175 feet on the highest point in the Black Down Hills.  It was built to commemorate the Duke of Wellington's victory at the Battle of Waterloo.  We were driving too fast to get a good photo! 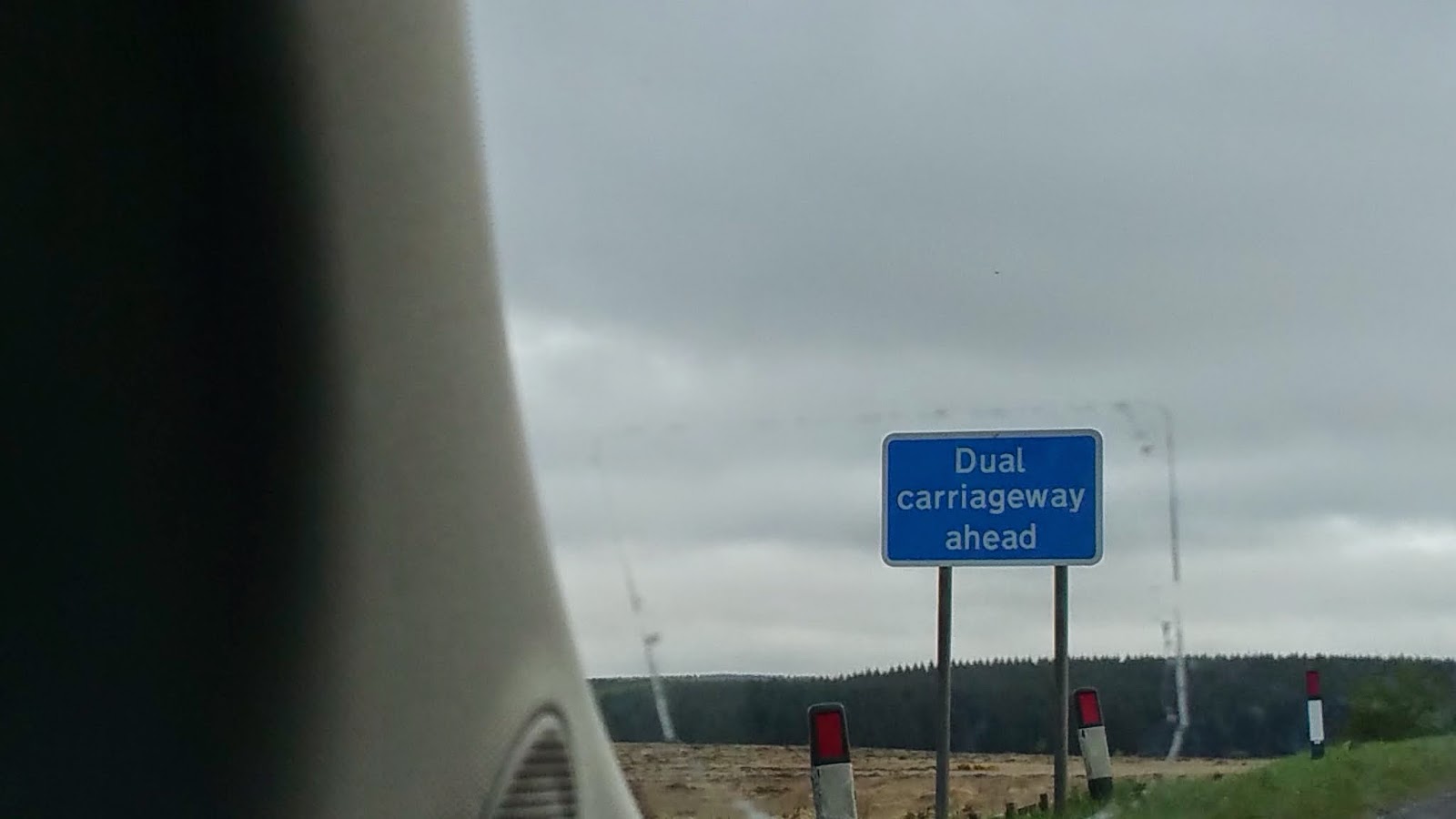 I've put some of the signs that have unusual language...."lay by"... "concealed entrance" ... "dual carriageway".... and more.  Keeps me occupied taking photos during the drive when we're not on the tiny winding roads.

Along the road we saw fields full of sheep, cattle, acres of rapeseed (used to make oil) that is so yellow when the sun is out it almost blinds you.  Very reminiscent of sunflowers in the summer.   Years ago when I first saw it we thought it was mustard.    There were many of the huge modern wind machines, acres of solar panels, thatch covered houses and so much more. 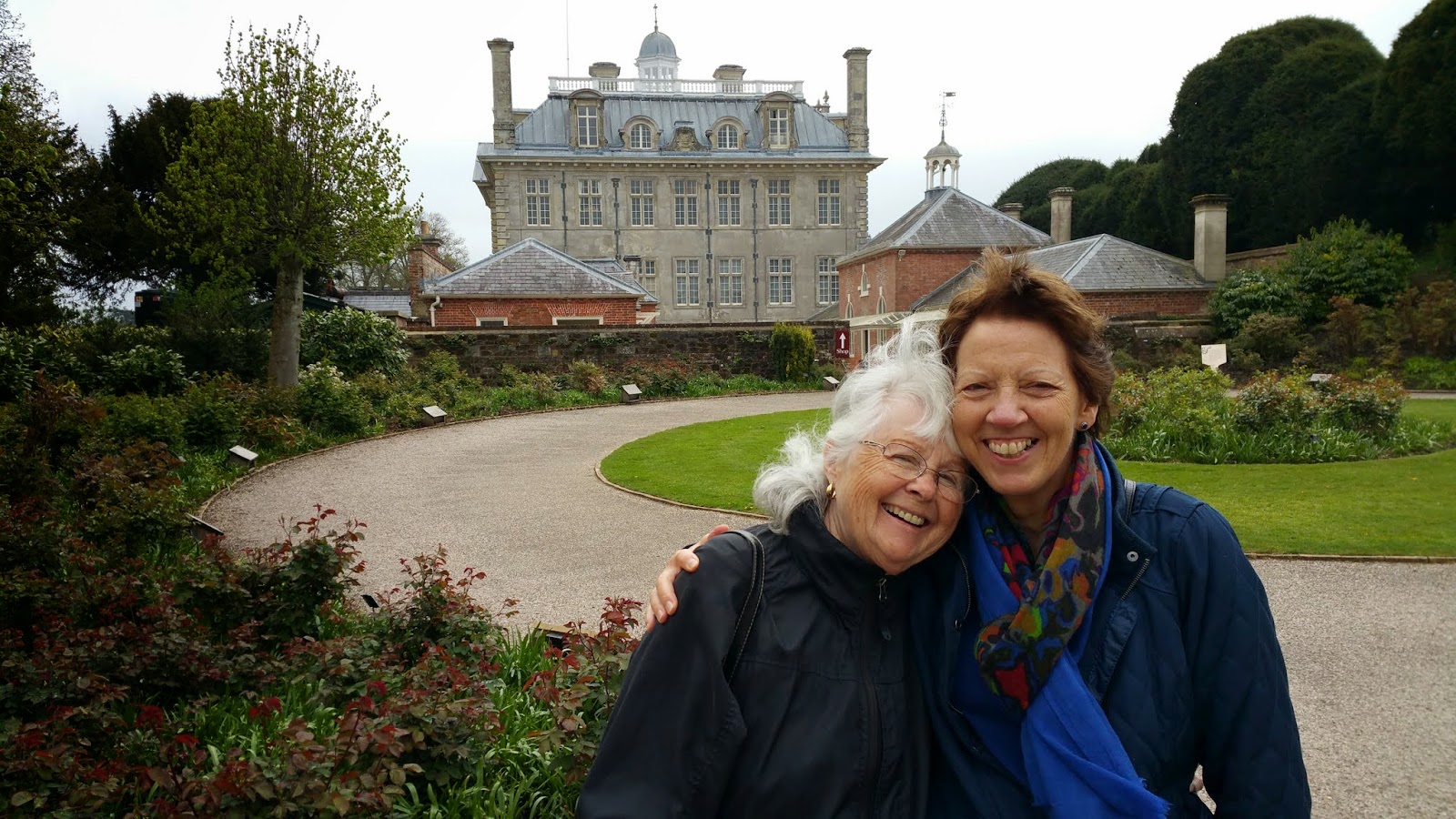 We arrived at Kingston Lacy at 12:30 pm and when we got out of the car; my friend Jane walked up and gave us a big hug.  Jane lives in Ringwood, less than thirty miles from the Estate that we were visiting.   We met Jane two years ago when we traveled with a mutual friend Bonnie in France and Italy.   It was the trip after Jim and I completed our trip to Russia; Jim went home from Paris and I met my twin sister Mary, Bonnie and Jane for another six weeks of travel. 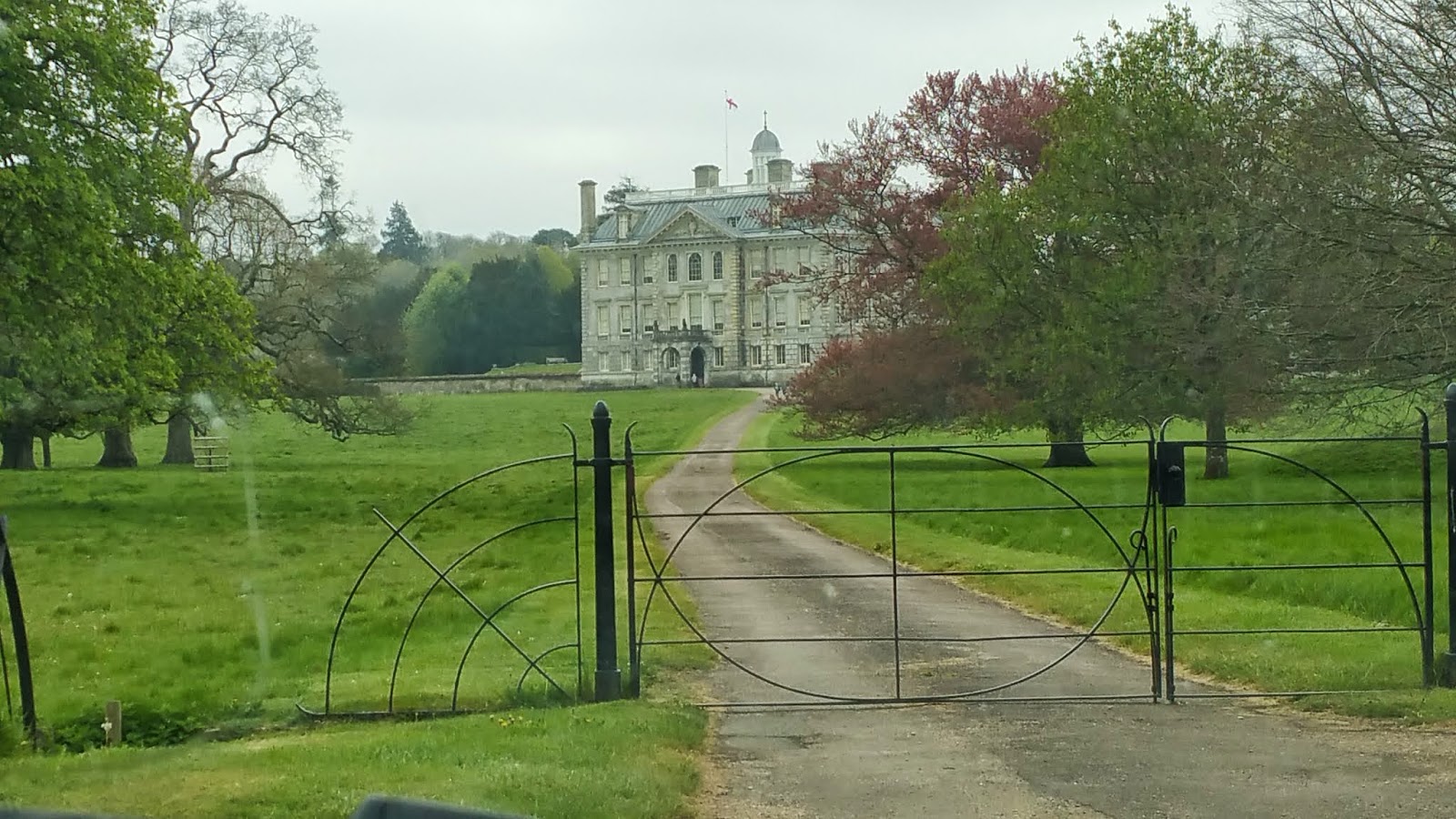 We have been in contact several times since we arrived in England and kept in touch today by text so that she knew when we would be arriving.  Jim said there is no way you're going to be able to find her and by golly....there she was when we arrived!  What fun we had touring the beautiful Estate that is now owned by the National Trust.  The family acquired the property in 1665 and it was the family seat of the Banks family until near the end of the twentieth century.   It was Ralph Banks who originally built the first house; but it was William John Banks who spent his time and money exploring the world during which he acquired a vast collection of art and artifacts that were shipped to Kingston Lacy. 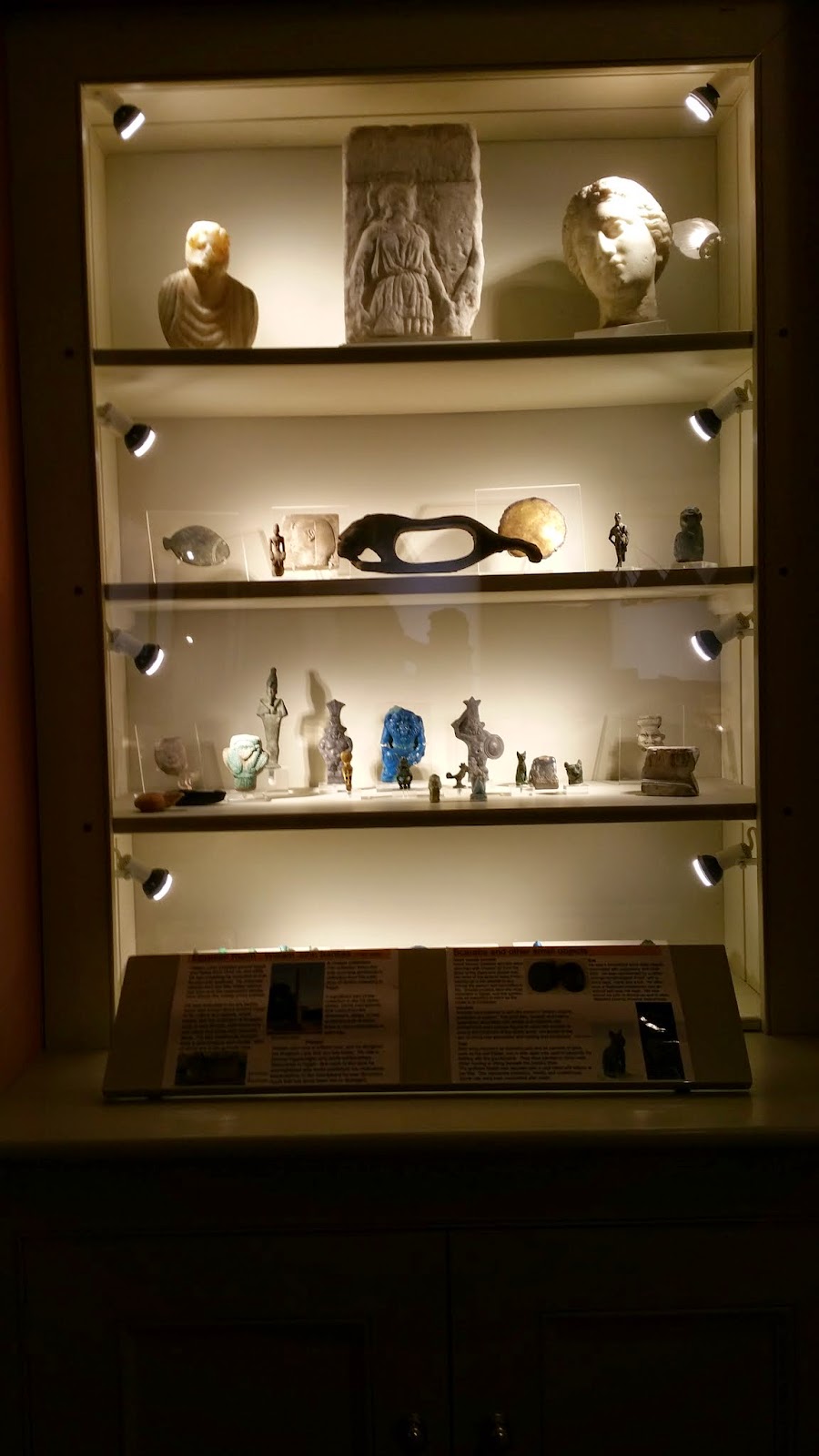 His most important pieces were acquired during his trips to Egypt and this house has one of the oldest and most important personal collections.    They were acquired much earlier than most of the museum pieces in Europe.   In the 1980's the property was acquired by the National Trust and opened to visitors in 1986.  It took another ten years to complete the restoration.   The family chose to work with the National Trust to make sure that everything stayed within the property and would be protected for future generations.

After touring the house we visited the tea room in the stables and enjoyed another hour of visiting with Jane while having tea and cake.  It was hard to say goodbye but I'm sure we'll meet again one of these years!  Off with Daisy taking us the short route down the tiny roads in this area but she got us to our home for the night.  Hilltop Barn B&B is just what the name implies; it was a large barn that was converted into a large family home.  Now that the children are gone they've converted it into a B&B.  Very homely and lovely.  We went out to a local place 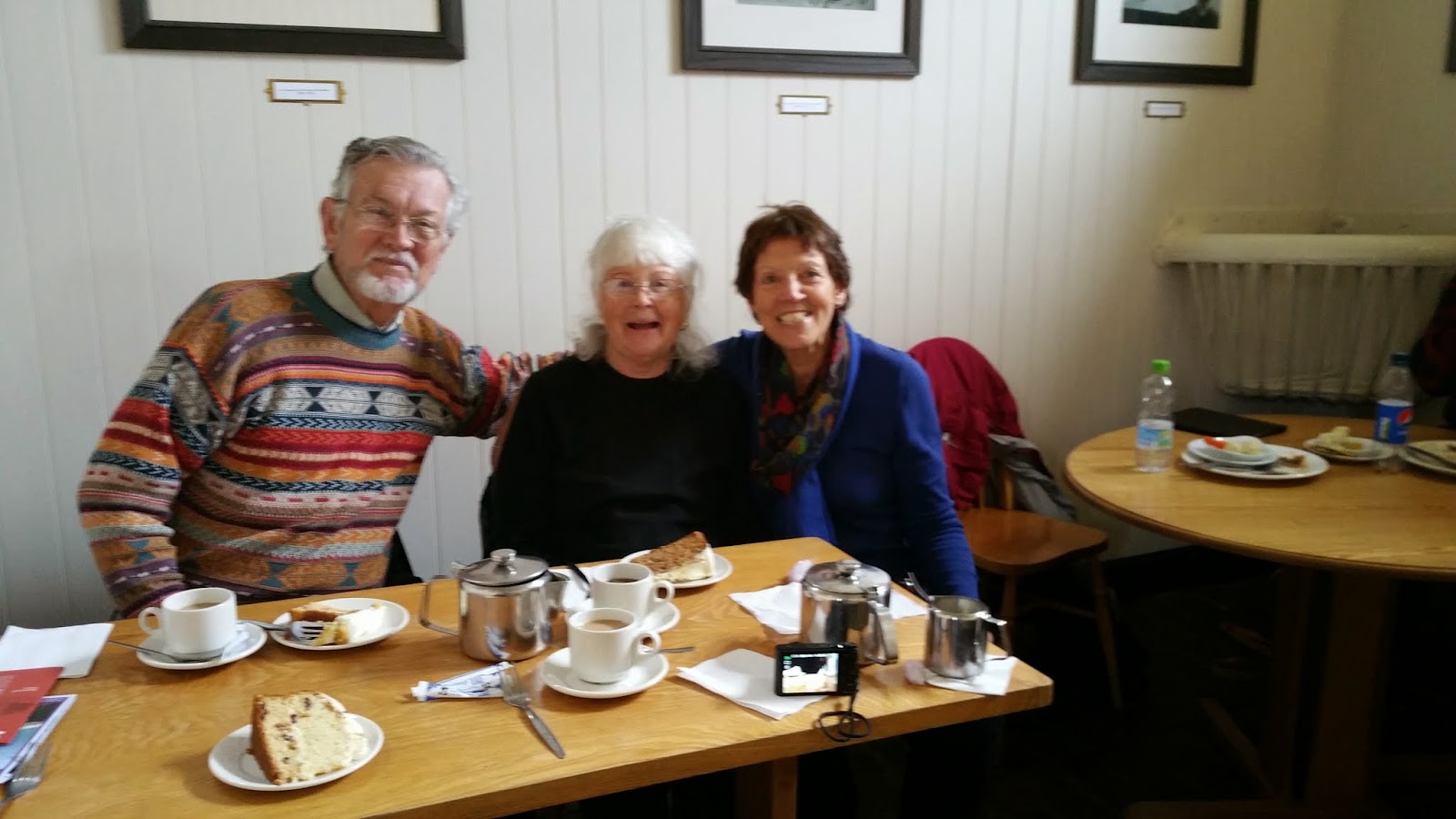 for dinner and tomorrow morning we'll have a full English Breakfast here in the house before heading back into London to return the car.  One night there and then to Paris on Tuesday.   Good night Jane....thanks for the memories....

In North America, they have renamed "rapeseed" to "canola." More PC, I guess.

We saws miles and miles of it across central Canada. The yellow flowers are like a big blanket on top of the green.