Uffizi Museum and climbing the Dome of the Duomo Our day started with the two of us leaving together but parting after we cross the Arno River.  I actually made it across our bridge this morning without taking a photo of the Ponte Vecchio as I'd already taken a photo of the shadows cast on the water from our bridge before we ventured across.  The day was warming up nicely and it was about 9:30 am.

Our plan for the day was to each go our own way until three o'clock when we'd meet back at the apartment.  Months ago when we were planning our trip we'd purchased a single entry ticket into the Uffizi Museum for Jim only with an audio guide.  This would give him time to really explore the museum as we were unsure about how much time would be spent there before entering the Vasari Corridor Tour last week. 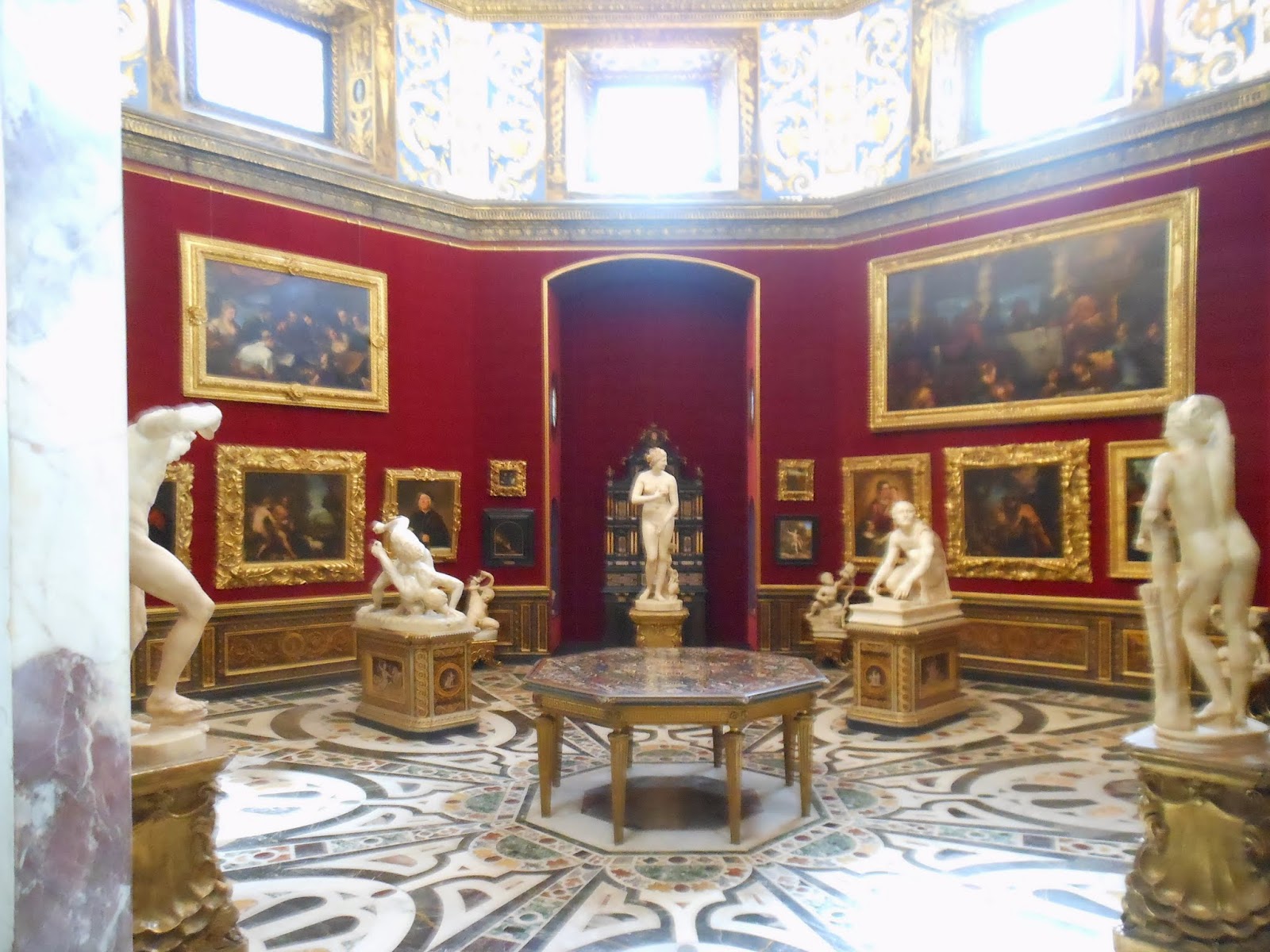 We were right as the tour did not spend much time in the Uffizi.  Jim was headed there with his passport...the only personal identification item that we possess for him...to leave as security for the audio guide.  Remember...he had his wallet stolen in Rome!    He had a ten o'clock entry time.   He took my Nikon Coolpix camera with him and you have the results of his photos at the first of the slideshow.  We'd done the same thing in Rome where he had a morning to himself in the Vatican Museum (but he had his IPhone for photos...yes, the one that was stolen along with the wallet)  and then we went together after the Garden Tour.  He really seemed to enjoy spending the hours alone with no one to hassle him about moving along at someone else's speed.  I tend to speed walk through museums.   His plan was to go to the Bargello Museum afterwards, but he was so tired by the time he walked out of the Uffizi at two o'clock he headed straight home.  The plan is to do the Bargello tomorrow now. 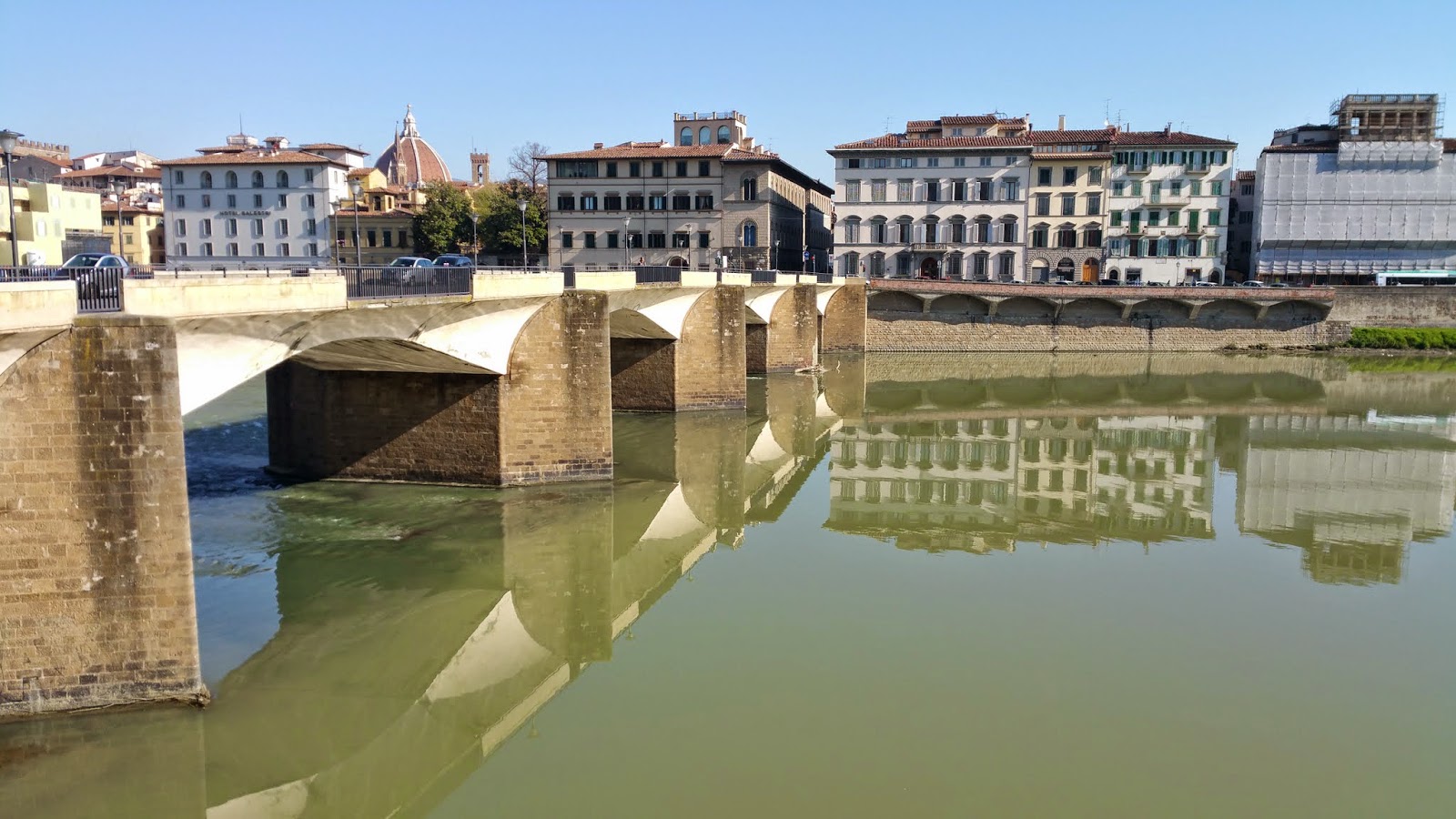 Me...well first of all you'll see a photo in the slide show of my doing the breakfast dishes...Jim cooks dinner but I do breakfast and cleanup for both meals.  Then I packed up the laundry into the big backpack and a bag and when Jim went left to the Uffizi, I continued straight ahead to the laundromat that we'd located last week that is only a couple of blocks on the north side of the river.  There I put everything in a large machine and in an hour I was headed back to the apartment with clean clothes for only ten euros.   I put everything away and then headed back out the door and walked to the Duomo, found the ticket office across the square, purchased my ticket for ten euros that gives me access to the Baptistry, an ancient church under the Duomo, the be ll tower and the Dome.   Today I was climbing the dome of the Duomo. 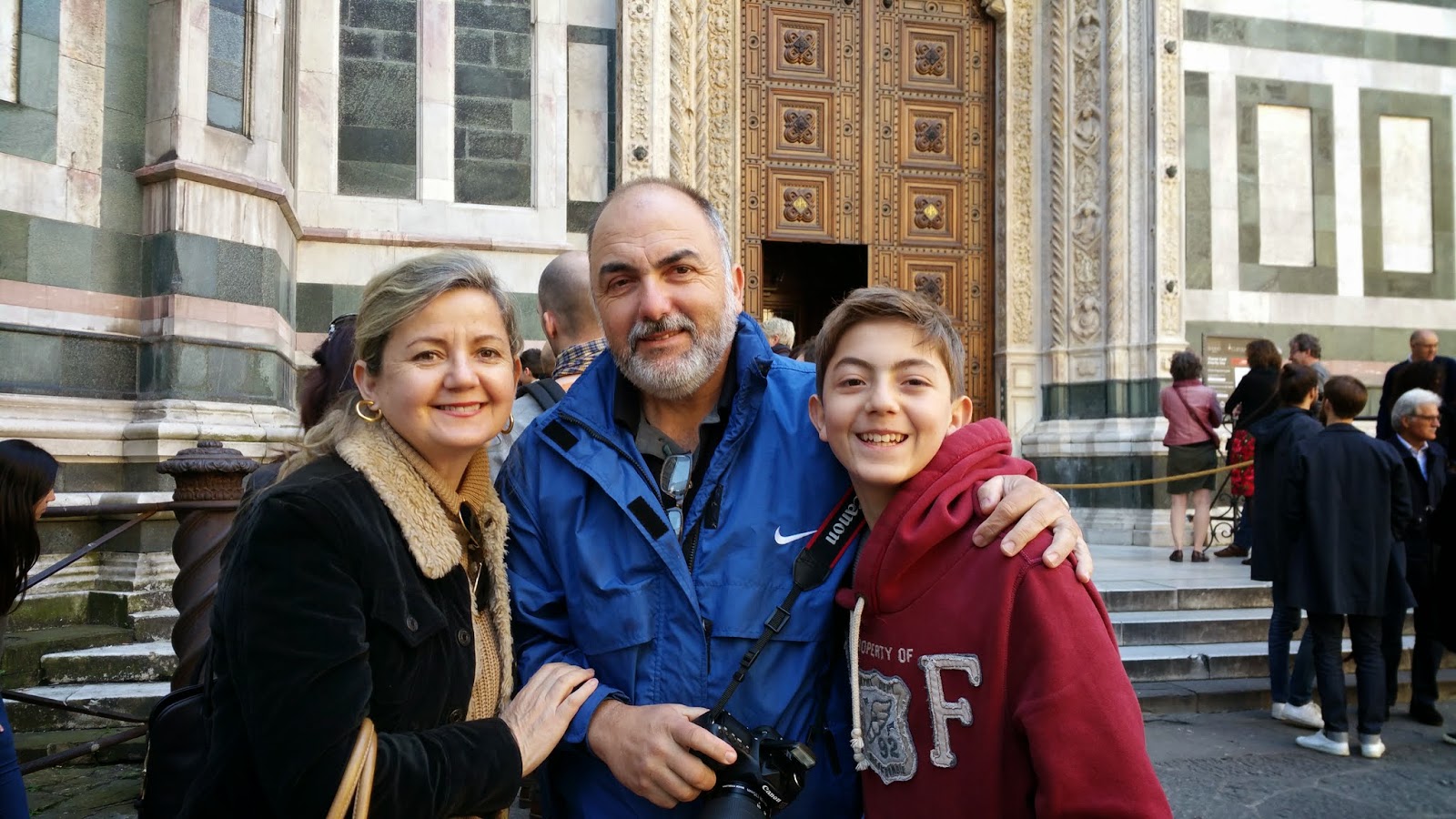 I found the back of the line behind the Duomo by 12:15 and by 1 pm I was headed up the stairs.  But, during my hour that I waited I met a wonderful Italian family.   They were in front of me and didn't know where to get the ticket.  I figured that out watching them and listening to the Italian language.  I produced my ticket and asked if they needed to purchase tickets.  Yes....I then explained where to go to purchase the tickets.  Turns out they spoke excellent English.   They'd lived for a time in New Jersey, in fact their son was born there.  He now works in Brazil and comes home to Genoa every several months.  When he is home they visit different cities in Italy.  This was their first visit to Florence.  Wow...I'm the expert having been here five times!   So enjoyed chatting with them as we waited for our turn to walk up the 463 steps to the tiny Cupola where there is barely enough room for the closely monitored group that is up there at any given time.  Once around for photos and it's time to go down. 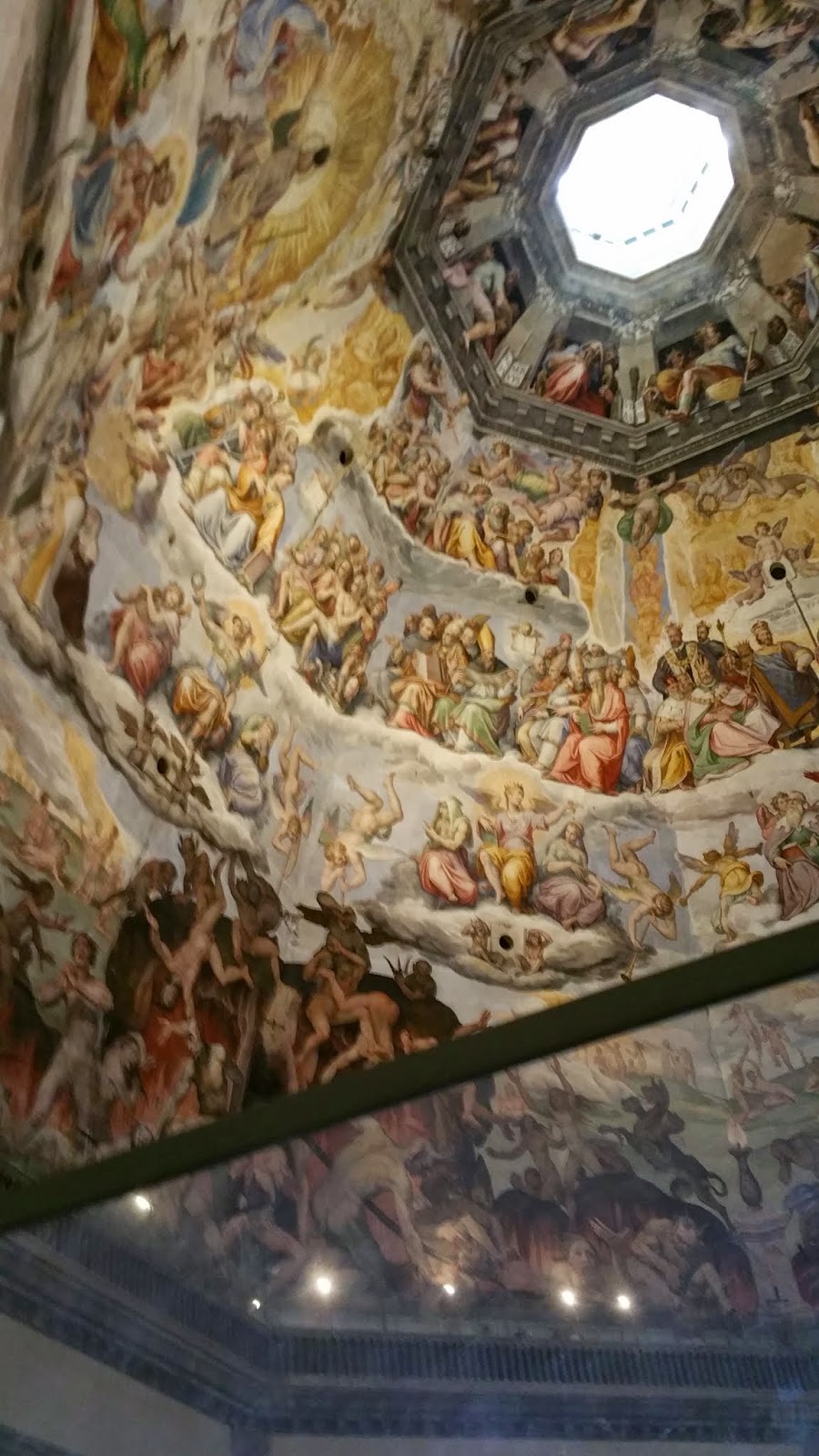 The climb up the Dome is easy to the first level where you walk around the inside of the church for a much closer view of the fresco ceiling portraying the Last Judgment, similar to scenes in the Sistine Chapel in Rome. You have another view of this on the way down but one level higher than when you came up.  When you climb back inside you suddenly are going round and round up inside of the double dome for over two hundred steps until you reach the top.  Several times the down line crosses the up line and it gets rather tight.

Shortly after two o'clock I was back on the pavement and walking to our favorite grocery store for meat for dinner tonight.  A stop at the ATM for cash for France in a few weeks and then back to the apartment.  I walked in the door at three o'clock.  Jim was there having returned about half an hour earlier.  Nice to finish early and work on the photos and blog.  Dinner tonight was rice, veggies and cordon bleu chicken.   We've time for cards this evening and tomorrow is another day!


Eventually you reach the top or the bottom depending on which way you are headed.  A marvelous experience even when doing it for the third time!  It was just after two o'clock.

Or click on the slideshow below to go to the larger photos: