OUR FINAL DAY IN LONDON 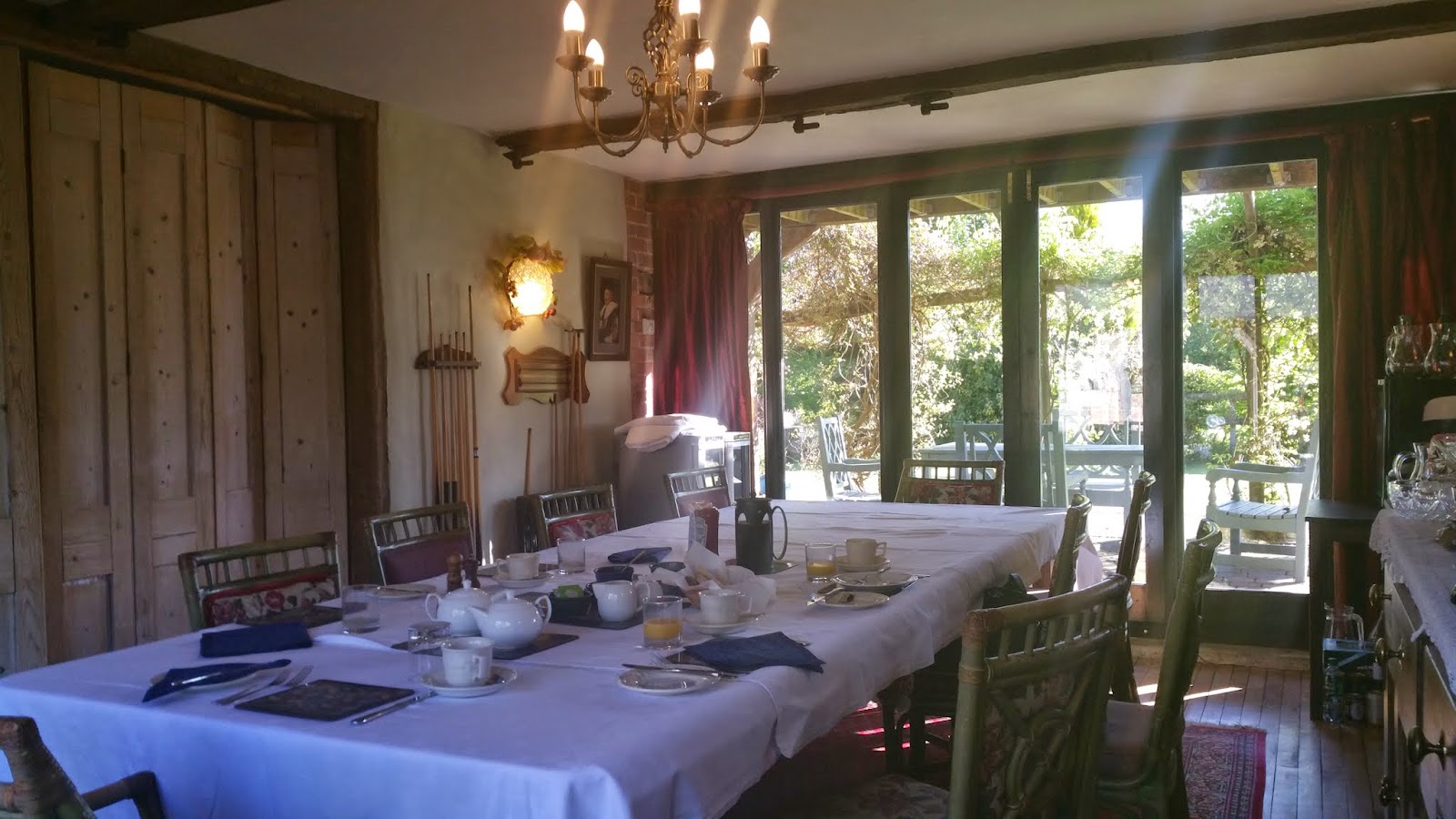 This morning we enjoyed a wonderful full English breakfast at the Hilltop Barn B&B where we stayed last night.  The host was very charming and as we were the only ones at the table we enjoyed a long conversation with him; the French couple had eaten earlier and left shortly after we arrived at the table.  We'd scheduled a late breakfast thinking we'd sleep in on this lazy morning.

The story of their building this home over the last twenty years was wonderful.  The wife is a fashion designer and her touches can be found everywhere.   He was in the financial world prior to retirement.  They purchased an old barn and turned it into a beautiful family home and after the children married they opened a B&B with five guest rooms.  They still have a horse and several sheep on the property. 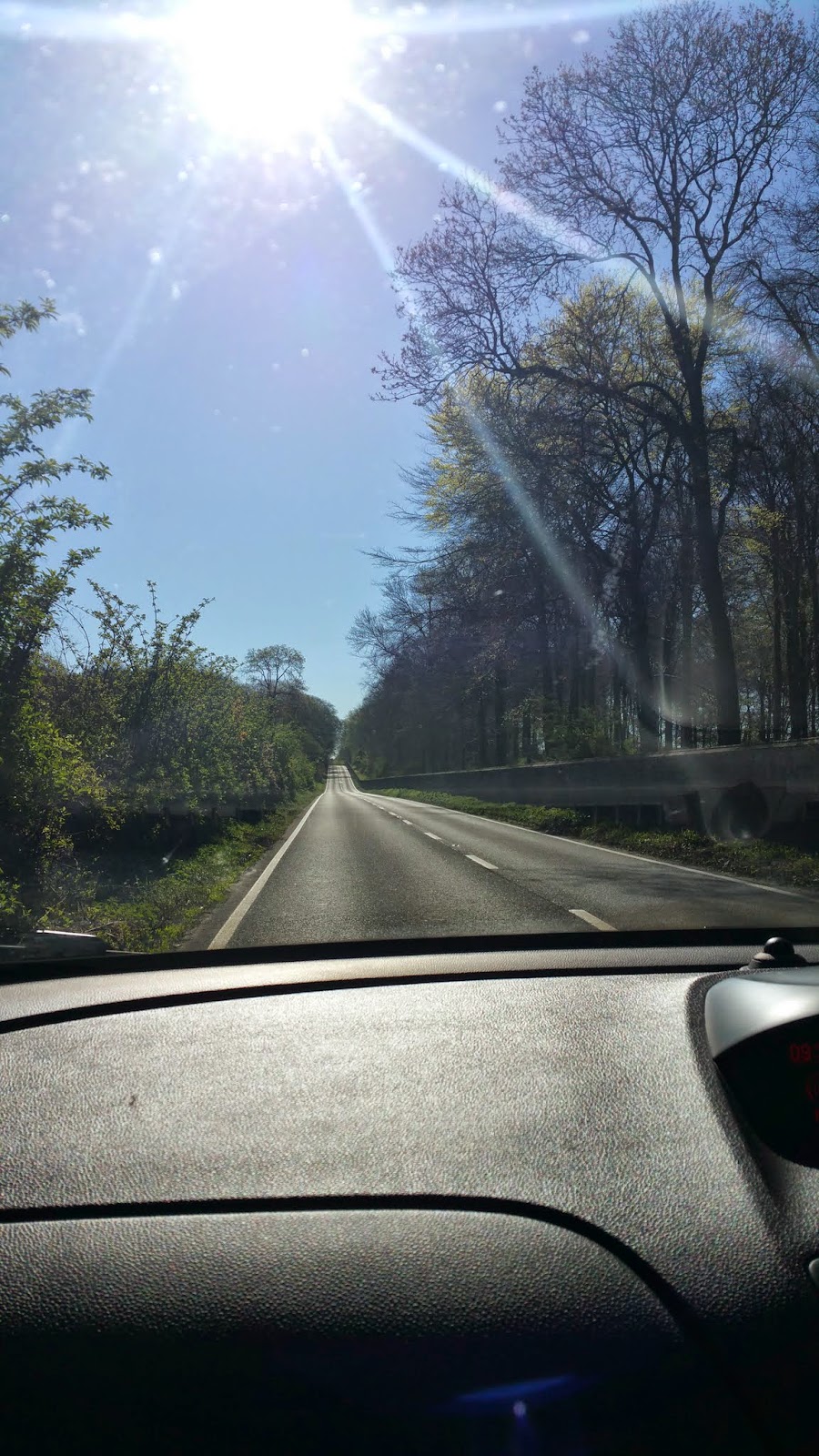 By ten o'clock we were out the door and on the road to London.  After the first half mile we were on wonderful roads all the way into the city.  We had arranged for a small hotel near the airport and drove straight there first.  One nice thing is that the Garmin will take the postal code of a property and using only that go directly to the building.  We checked in about noon; unloaded the luggage and then drove to the Enterprise Car Rental agency, again using the Postal Code.

Checking the car back in was very easy.  I looked in the back seat and found Jim's jacket, but failed to notice that I was leaving some important paperwork in the door panel pocket.  We took the shuttle to Terminal one at Heathrow Airport and caught the Piccadilly Line to Hounslow Central; only a few stops from the Airport.  Walked about a block to the hotel and then relaxed for a bit before walking the area to look for a place for dinner.  Then back to the hotel where I started packing the extra bags into the two large suitcases....they are stuffed to the gills!

During this process I realized that my large map, driving directions, hotel reservation sheets and our tickets for the EuroStar tomorrow were missing.  I looked and looked and finally determined they were either still in the car, at the ticket window for the Underground or on a street somewhere.  I figured out what numbers to use for the telephone at the car return and after three attempt contacted a live body.  She checked and called me back; yes, they had my paperwork all in the zip lock bag that I had it stored inside of during the trip.  I hadn't taken it out at the hotel because I thought I just might need the map during the six mile trip to the car rental office.    Duh....

Off to the Underground where we caught the tube back to the airport.  There we caught the shuttle bus to the rental station.  That took an hour because of some waiting between transports.  Picked up the paperwork and it only took us half an hour to get back to the hotel by four thirty!    We got out the cards and began a game of Hand and Foot until nearly six o'clock.   We then walked across the street to the TraveLodge Hotel and enjoyed a wonderful and inexpensive meal.   It was my choice to go there because it's cold out this evening...rain predicted for tomorrow...and it was close.  But, Jim admitted the meal was one of the best that he's eaten recently. 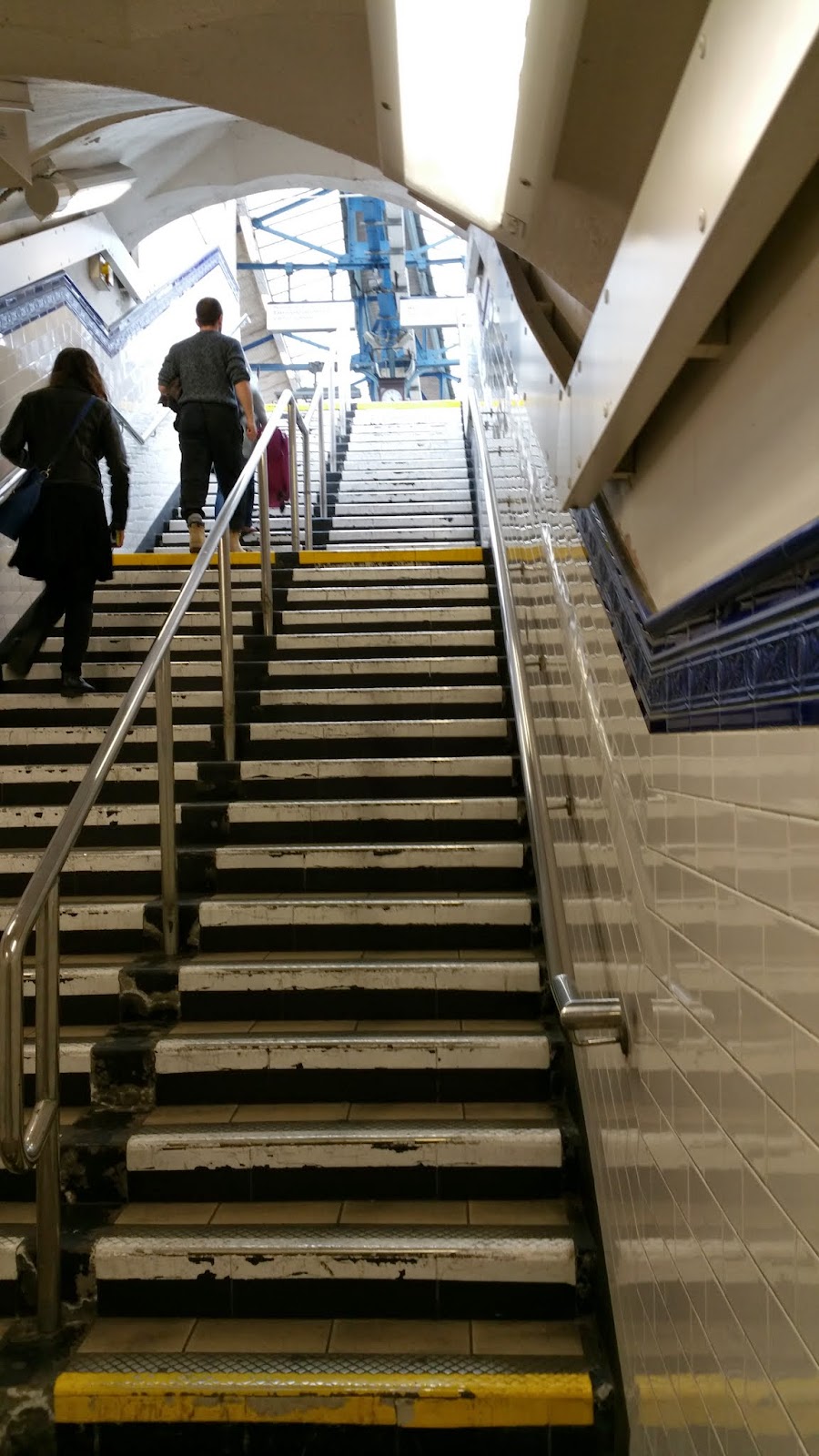 Back to the room where I finally won a game; Jim win's regularly.   Now we're enjoying wonderful classical music on the television while we use our computers.   Tomorrow we will have breakfast here in the hotel and then walk the block to the Underground....(need those prayers for no rain again)...where we'll take the Piccadilly Line to King's Cross/St. Pancras Station.   I thought you might like to see the steps we'll have to carry our luggage up tomorrow morning at the Underground.

We have tickets for the 12:25 Euro Star to Paris that goes under the English Channel in the Chunnel.  First time we'd done this!  We lose an hour so will not arrive until 4 pm.  Taxi to the new apartment in the Marias and then off to an organ concert at Norte Dame that starts at eight thirty.  Never a dull moment!  See you in Paris....au revoir