We spent the morning catching up on the things one has to do .... even when traveling.  It was half past twelve before we headed out the door.  It doesn't help that I seem to be catching a cold.  But, being a good trooper, we walked to the bus stop and caught Bus # D as it was the first to arrive. 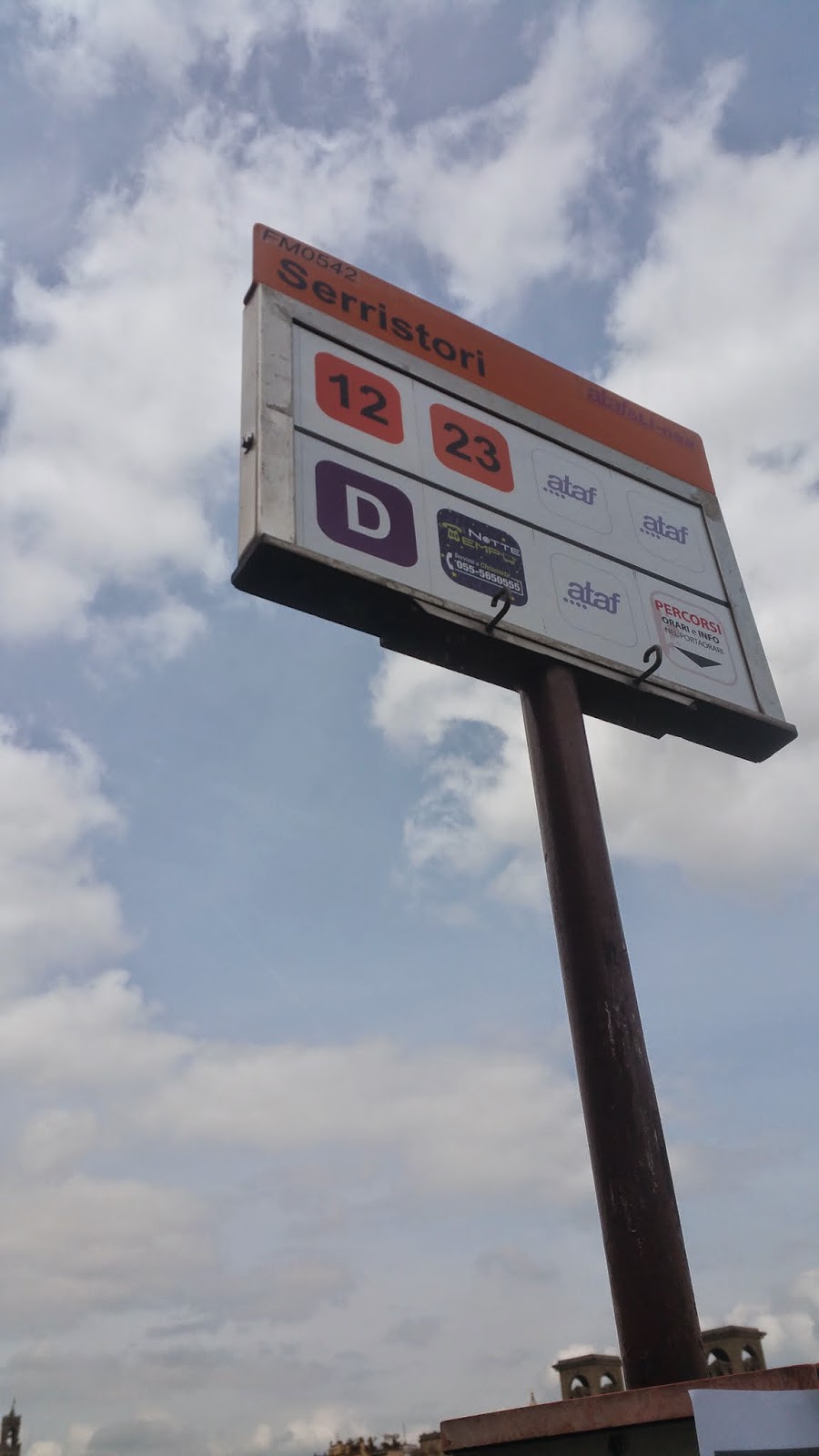 Bus # D took us along the Arno River on both sides but never venturing into the old city on the north side but retracing many of the streets that we walked through on our walking tours of the Oltrarno neighborhood.  When it stopped at the train station, we got off and got back on another bus that took us to the Pitti Palace where we got off again and got on another bus going in the direction of Santa Croce.   There we got off and walk several blocks before getting on another bus that took us all the way to San Marco Piazza.  The bus system is easy to navigate once you get the courage to take a look at the wonderful map of routes that you can pick up at the T.I. Office (tourist information).  You can purchase single use tickets for 1.50 euros or a ticket for 4.70 euros that allows you to date stamp it four different times.  Each stamp is good for ninety minutes.   The machine in the bus that stamps your tickets gives the time it expires.  We have one time left that we'll use on Sunday. 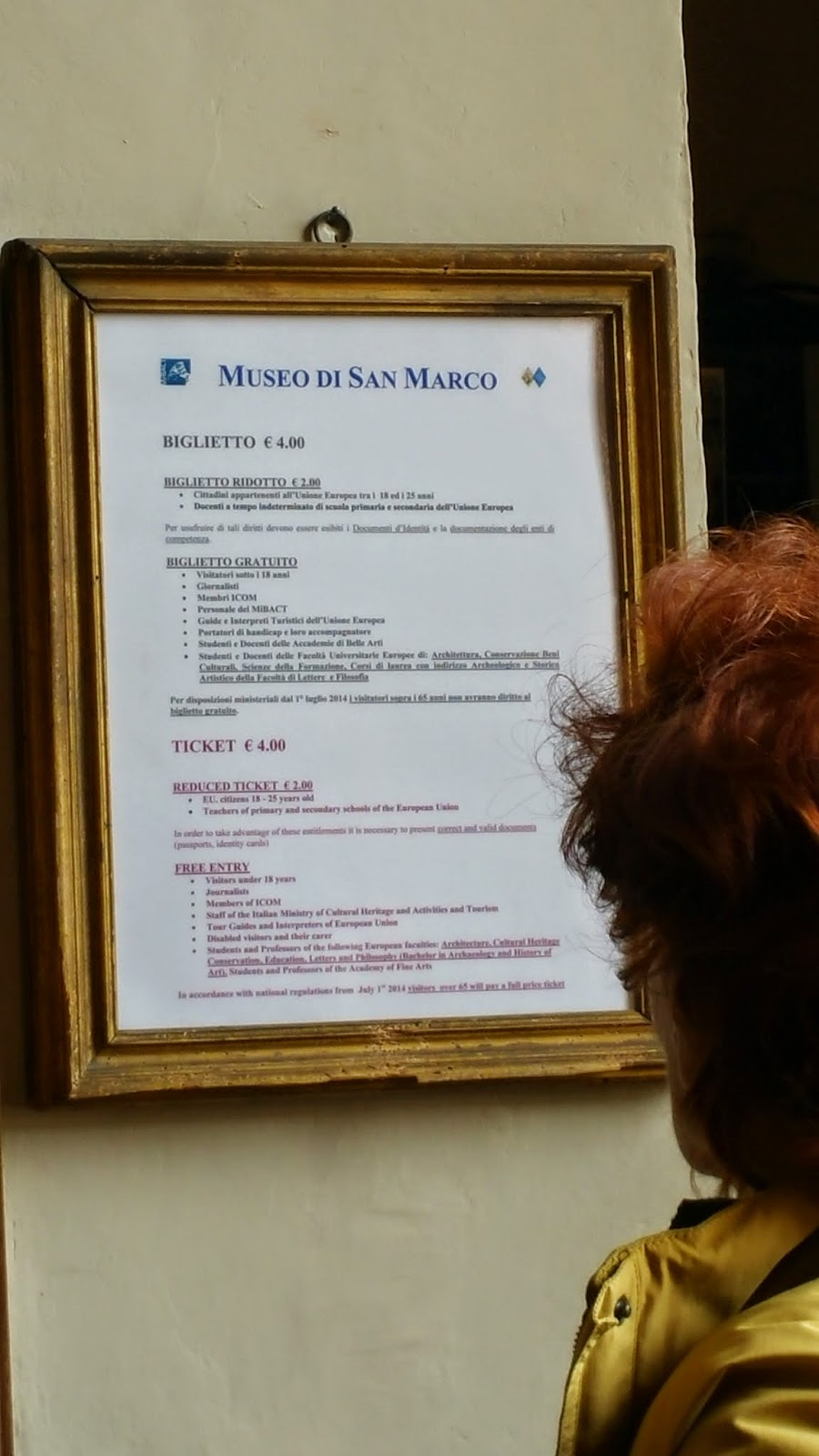 San Marco Monastery is now the Museum of San Marco.  There were two men who lived within these walls and each had their own expression of fifteenth century Christianity.....Fra Angelico's radiant paintings, fusing medieval faith with renaissance realism; and Savonaola's moral reforms, fusing medieval faith with modern politics.   A third man who had his own private mediation room within these walls was the very wealthy, and very religious, Cosimo the Elder; he was also the man responsible for building San Marco.   He often retired here for spiritual renewal.

The bottom floor of the Museum features one of the world's best collections of Fra Angelico's paintings.  The upstairs contains small individual cells (sleeping quarters) for the monks.  Each cell features a different moment in the life of Christ for the monk to contemplate while he is waiting for sleep to close his eyes as he enters another world of dreams.  Many of these cell frescos are by Fra Angelico.  An interesting note; the hallo of Judes is painted black. 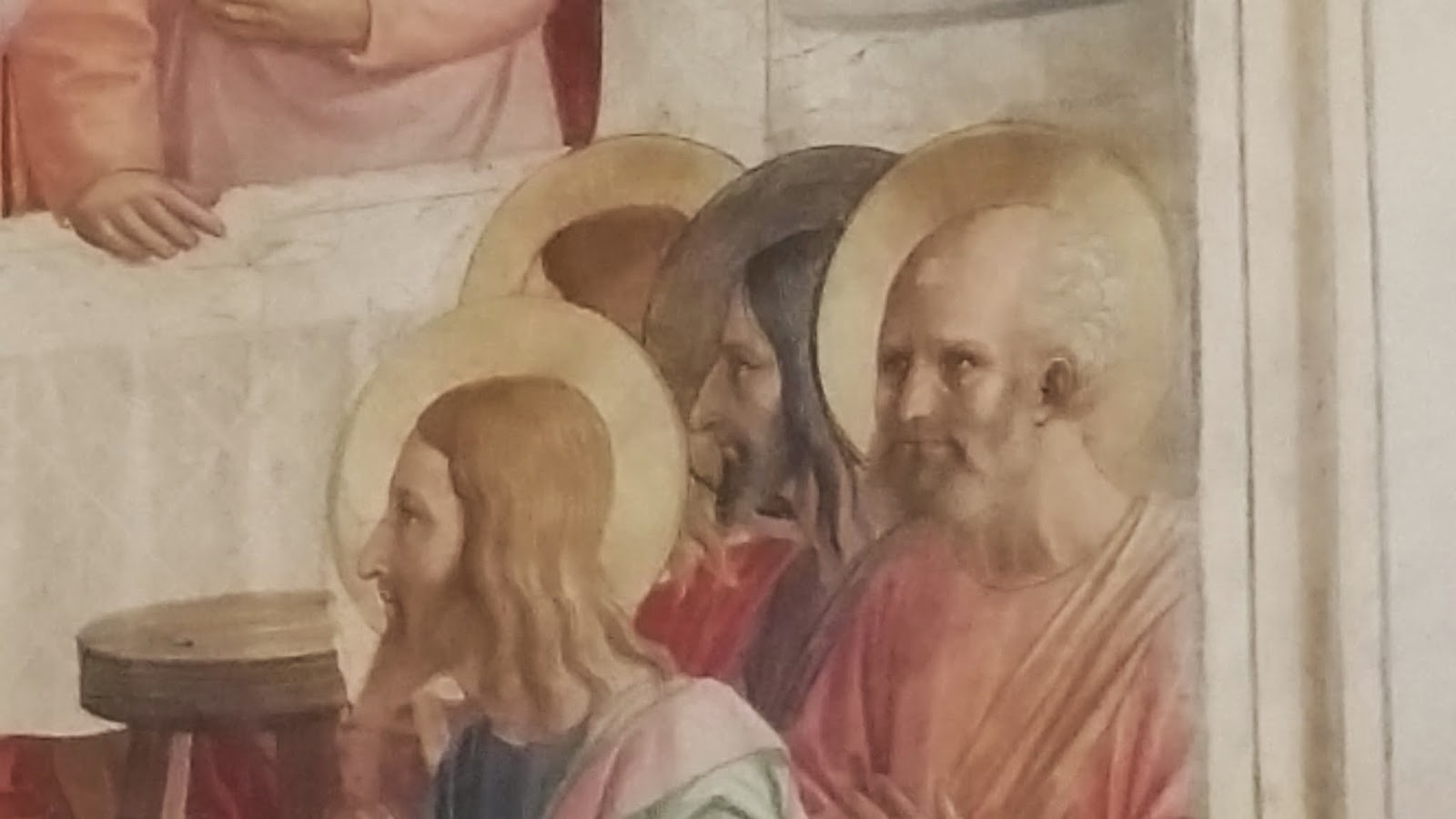 The cell of Savonarola, an early church visionary often compared to Martin Luther King; features a famous painting of him in profile gazing into the darkness.  He was treated as the evil opponent of Renaissance goodness.

By the time we finished this museum...it was hard to leave as there was much to see and digest about these religious men.  The best was last as we entered the Library, once the biggest and best in the world, to view a few of the magnificient books that were hand written by the monks. 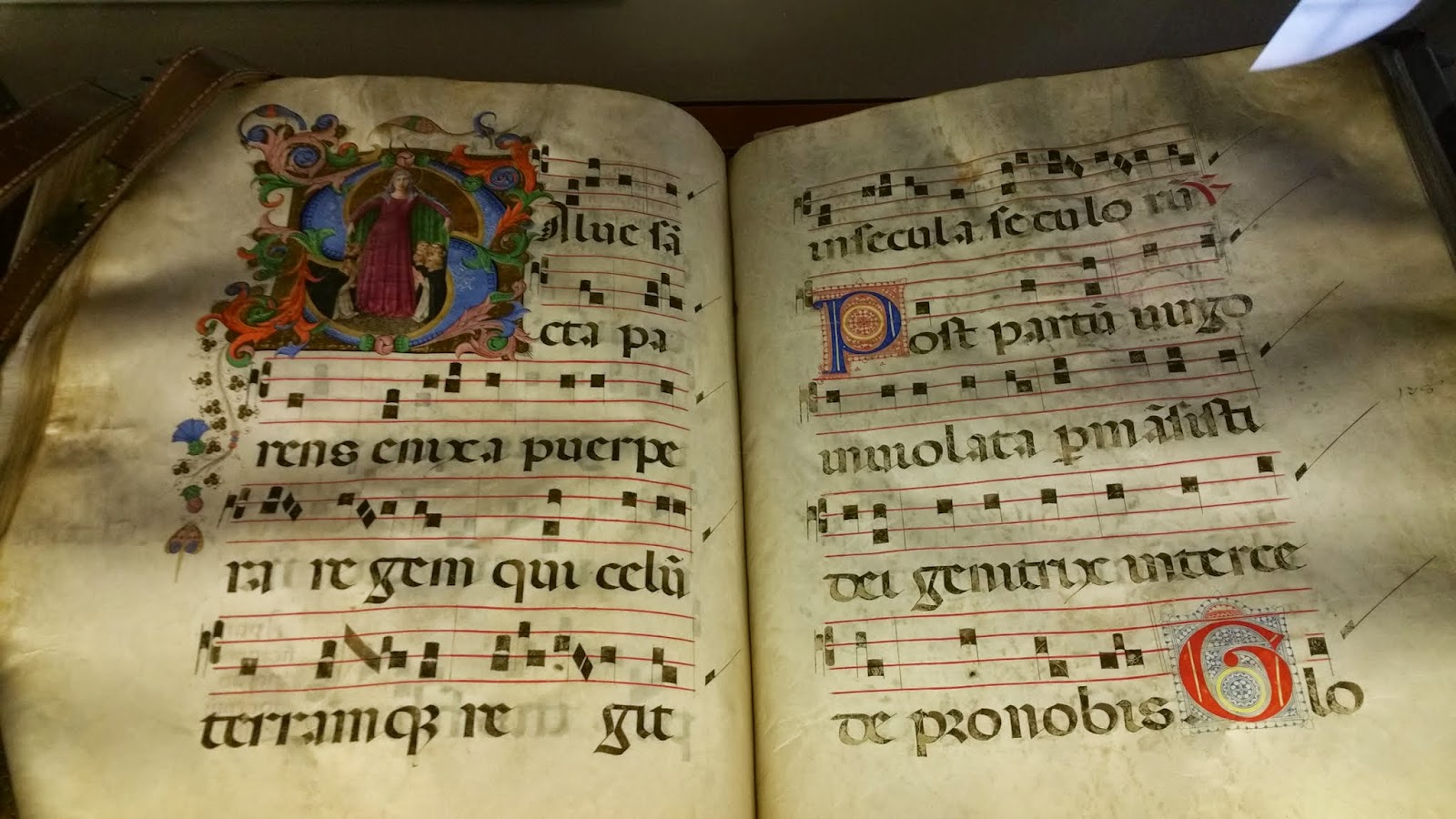 Out into the day I went by myself as Jim continued to enjoy the various corners of this wonderful museum.  I was walking back to the apartment, stopping along the way to pick up meat for tonight's dinner.  I also made a couple of other stops. The first at McDonald's for their carmel draped ice cream cup that I enjoyed as I walked.  When I was almost to the Duomo, three ladies standing on a corner stopped me and started to ask me by writing on a pad for directions.  I said I only speak English and they said "oh good"!   They were all from Minnesota on a tour and had been given the afternoon off.  They were looking for a particular Gelato Shop that their tour director had recommended.  I had not heard of it so whipped out my cell phone and opened google maps....the ladies were ecstatic!  Yes...it popped up over by Piazza Signoia.   It turns out they have no ideal where they are.  So I dug in my pocket for one of my well used maps from the TI Office.   I said you can get one of these at the TI...and they said together...what is a TI.    Bottom line is I showed them on the map where they were and where they needed to go and then gave them my map with my blessings.  Always fun to help tourists who are here for the first time.

Soon I was at Conad's, my favorite grocery store, for the supplies we needed.  Time is running short so we don't buy too much.  I did pick up two bottles of inexpensive wine (about $3.00 a bottle) and will probably end of leaving one of them for the next guests in our apartment.  But better two many than not enough!   I arrived home about half an hour before Jim, his second museum was already closed so he'd walked home instead of riding the bus as planned.

About five o'clock we had an early dinner and then Jim left at 6:30 pm to walk to a church that he'd found near the Bargello Museum that had a seven o'clock Mass, St. Philip Neri.  I decided to wait an go in the morning as my tasty but far too rich McDonald's treat was giving me a bad reaction!   Plus I'd started taking cold medication and I was feeling a reaction to that also.

A quiet evening with one game of Hand and Foot cards before calling it a night.  Tomorrow is our last day and I will post this then.  You may or may not get a another one before we arrive in England on Monday evening.  Ciao