Out the door earlier this morning, we headed to the bus and then the Tube for our first visit to the British Tate Museum.   Today is Jim's day and I'm tagging along as his guide through the maze of directions for Tubes and Buses.  The first one was easy; we got off at Pimlico and had a well marked seven minute walk to the British Tate Museum.  This is the sister museum to the Modern Tate that Jim visited yesterday afternoon.  This one had an extensive collection of Turner, along with a nice selection of other famous artists.

While Jim was in the museum I also looked at some of the art work and spent time in the gift shop looking for an item that was requested by a good friend.  I found them; there were several choices.  Tough to make decisions for someone else.

In less then two hours we were back on the street finding our way by the bus system to the National Gallery which is also next to the National Protrait Gallery.  But, today, we're only visiting the National Gallery.  Jim picked up an audio guide and entered the museum and I left and walked back to the visit Trafalgar Square and then on to the Whitehall where guards on horseback were guarding the entrance.  They were mostly there for photo opportunities for the tourists; the real guards were the multiple policemen carrying heavy duty guns at the ready. 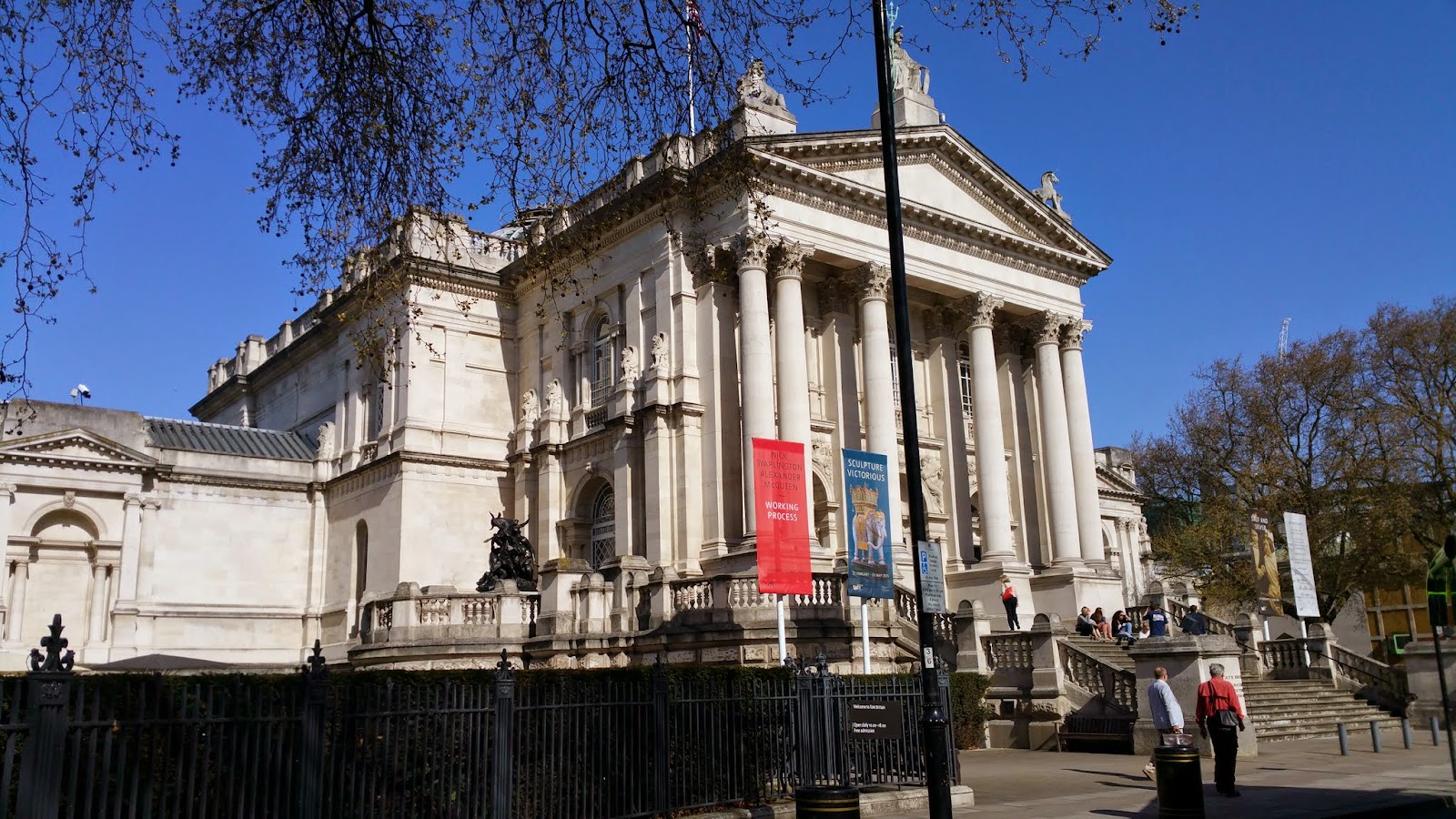 After an hour I walked back to the Museum, found a good seat and worked on my Sudoku Book that I always carry with me.  I also had free wifi there in the museum.    It's interesting, most of the museums in London are free (with a suggestion donation) and you pay big time to enter the churches.  We thought about going to St. Paul's again since it's been a while since we were there....but at eighteen pounds each that's a hefty price.   We've been here many times and seen the traditional tourist sites....one exception is Buckingham Palace but it's always closed when we are here.  The other change on this trip is that we're not showing someone else the sites; it's just the two of us doing what we enjoy. 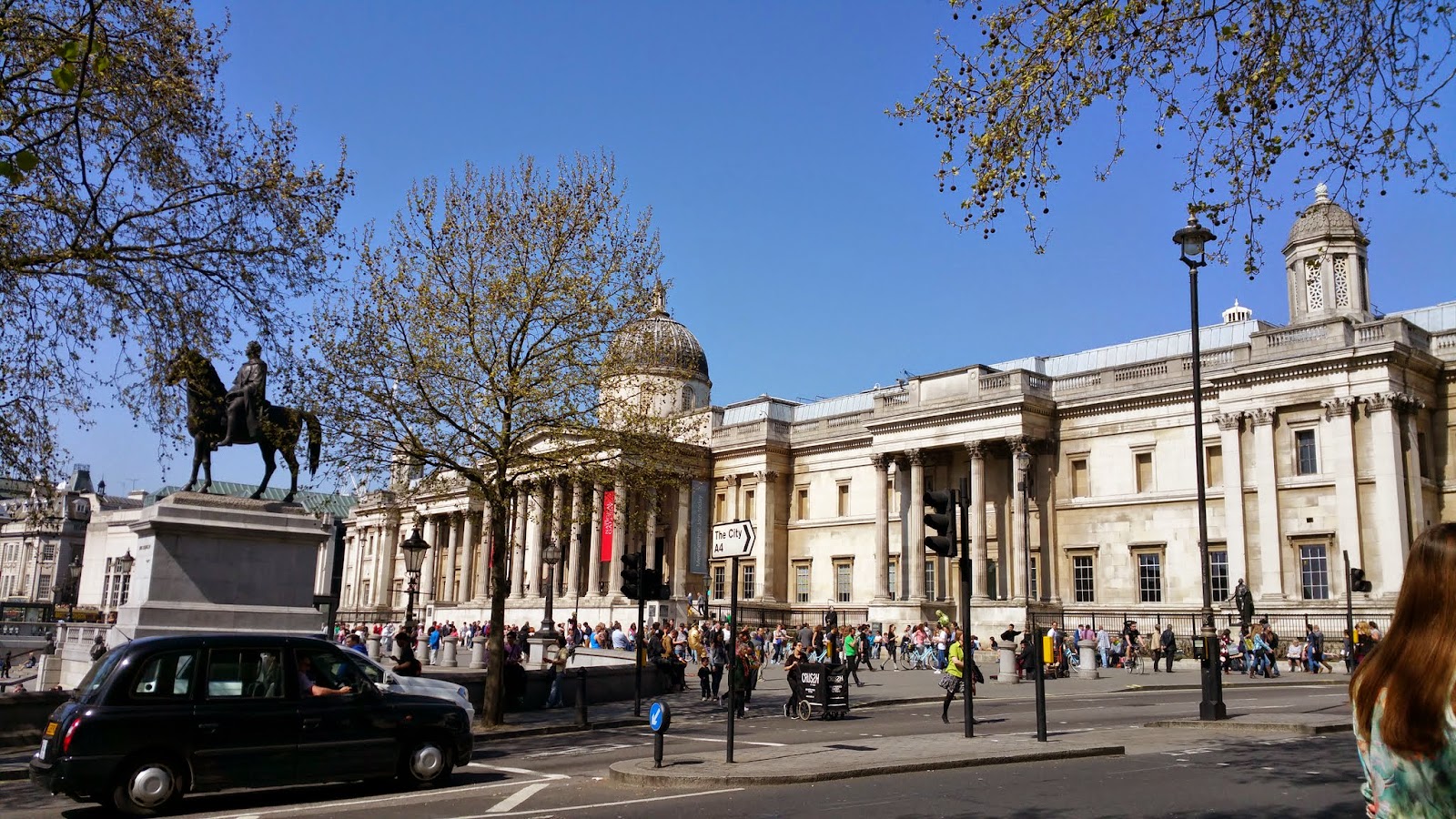 By two o'clock Jim was back at the meeting point as agreed.  We went outside and talked to a bus driver who recommended that we catch bus # 11 if we were interested in a cross town ride.  Off we went and enjoyed our ride until we saw Westminster Cathedral, the Catholic Cathedral in London.  We hopped off the bus and enjoyed Jim's first visit; I'd seen it in 2013.  Then we caught the same bus line and continued to the end at Futham Broadway.    From there we found the Tube Station, boarded and started our journey back to our apartment.

When we arrived in Tooting Broadway about four thirty we walked across the street and had another early bird special, this time chicken, the same neighborhood bar that we ate at last night.  Another good dinner, then back on the bus and home before six o'clock.  It was a good day!